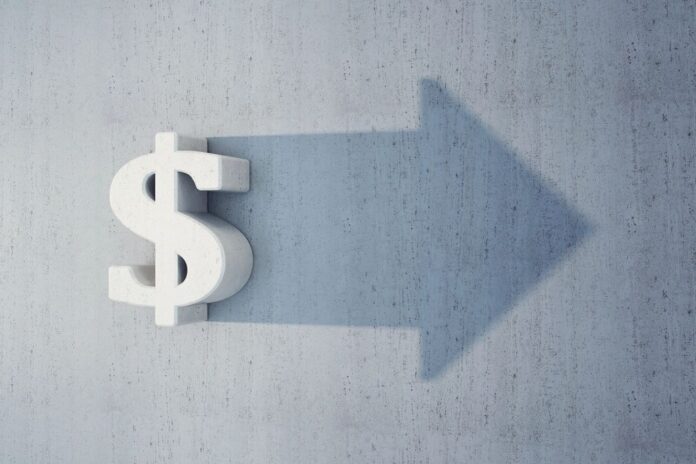 Well, guess what? It’s already been paid for by the forgotten individuals. So, who are they? Good question, we could say. To get into the real group who have already paid, may I pen a few words of explanation.

For the forgotten payers, it will take a short story to bring back some memories of the real reason why America became a great nation and why it did so quickly. Look, one hundred or two hundred years is a short time when we look at how long it took for the world society to get to now. So, let’s begin at the beginning.

I was born July 5, 1924, and only three years after my birth, in 1927, the Dow Jones Average closed at $200.93 on December 19, 1927. In the short years of my life, the high close of the Dow Jones Average was a whopping $28,000-plus. Yes, of course it didn’t just happen. You and I know there have been many corrections like the pandemic correction. So, this leads me to how America became a great nation.

My story will begin when we became a free nation, and free individuals. Then, someone wanted to build or manufacture something and had no assets to accomplish that feat. Wheels began to turn and our stock market was established. To get the assets, they sold some bonds and didn’t get all they needed. What happened next was that stocks of companies evolved. Then, they sold stocks in the company. Who got the money? The company got the money and the owner of the stock got only a registered paper document. Why would someone do that? They were willing to take a risk that this company would prosper and the value of their stock would appreciate. Then, someone else believed it would appreciate further and bought from that owner. Who gets the money then? Not the company, the owner of the stock got it. Now, why did I go there with this story? The next paragraph will be enlightening.

When we individuals and companies are willing to take risk and own stocks and bonds, etc., we truly support the businesses of our country, America the Beautiful! Well, now we get to the heart of the story. Who is truly supporting the economy of our great nation? Individuals and corporations. Look, if you do away with the markets, there would be no America as we know it today. So, let’s answer the question: Who has paid for this financial crisis?

In the news today, May 3, 2020, Berkshire has sold all of its airline stocks. Now, someone else is holding the risk for the airlines. If Berkshire lost money on the stock, isn’t Berkshire one of the ones who has paid for keeping our economy going? You bet they did. When the correction happened, and many individuals realized the value of their assets were down 30 or 50-plus percent, are they not the ones who paid this huge bill? Yes, they are still willing to hold the risk because America is still free. However, many, many heroes have fought and died to keep our freedom. I’m a lucky World War II veteran and proud to be an American. Why does this story need to be told? Read on please.

Can you stay with me for a moment and let’s ask the question: Why are there so many people, especially younger ones, willing to follow someone promoting socialism as a way of life in America? Do we believe they are promoting what has been in this article up to this point? Can it be that this story has never been told to them or taught in our educational system? Something is not right here. Why, when America has gotten to be the greatest nation of the world, would you promote taking it down? Could it be that charity is the only motive they have for existence? If so, who is going to furnish the assets? Not them! Now, this brings us to yours truly.

Since May of the year 2000, I have been the financial advisor for a family foundation and a huge testamentary trust. During this time, the foundation contributed 150 percent of the original corpus to charity, never adding to the corpus, and believe it or not never had a fundraiser! They had 120 percent corpus left. Now that is supporting charity isn’t it? They haven’t asked the community to help them. But, that is just part of the story.

In May of 2000, when this foundation and trust were initially investing the assets, they chose to invest in an asset allocation account that had been set up in 1991. The next year after three individuals won the Nobel Prize for Economics 1990. To get to the point, I would like to quote the first paragraph of the presentation award speech to these three individual winners. I quote Professor Assar Lindbeck, in his speech of December 10, 1990:

“Financial markets fulfill an important function in modern market economics. It is largely via such markets that savings in various sectors of a national economy are transferred to firms for investments in buildings and machines. Moreover, financial markets reflect the future prospects of firms.”

Well, is this building the case for who has paid for this pandemic financial crisis? Can we expect a group who wish to go socialistic in America to grow America into a greater being than now? Can we wonder who are the forgotten payers for the COVID-19 virus pandemic?

Let’s ask the question: Isn’t it the rich who own huge chunks of the market? They keep their assets working. Are they not the group that the politicians are always trying to tax into oblivion? Aren’t they under a constant threat? Probably, if we knew what percent of the market they own, we might be in for a surprise. My point is that this group of forgotten people, who have made such a profound contribution to help America become great, are among the ones who have paid a great price for this financial crisis and they will continue to take the risk to keep America Beautiful.

May we live in better interesting times. 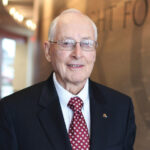