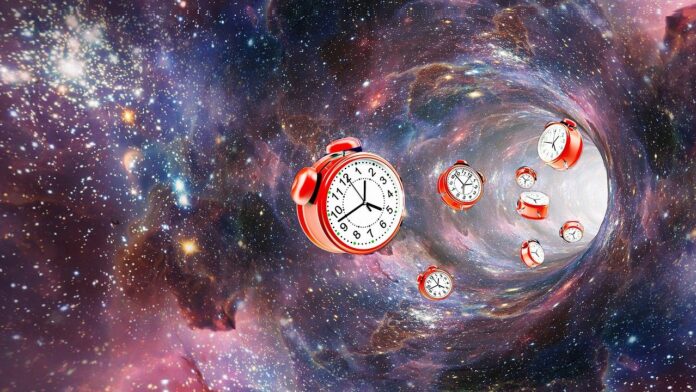 There is no such thing as a one-size-fits-all product. Every client has individual needs that can typically be addressed by myriad options. Of all the options out there, one of the more versatile, especially in the insurance space, has to be variable universal life (VUL).

VUL has had an interesting ride since it first rose to prominence in the 90s. Initially, many people sold the policies as a “cheaper” insurance policy, designed to be minimally funded, all while being illustrated at 12-15 percent. The market crash at the end of the decade made many of these policies collapse, leading to a sharp decline in sales. A lot of people learned some hard lessons at that time, and various regulatory and market concerns have once again brought VUL back to the mainstream if you will, with a continued uptick in premium sold. Before we can get into what is driving these changes, it is important to look back a little bit in history.

While the late 90s market crash drove some flight from VUL, the advent and subsequent push for indexed products pulled more people out of the variable space. The common logic was that indexed universal life (IUL) was the superior option as it provides some level of downside protection and doesn’t require an insurance sales professional to also attain a securities license. Most insurance professionals have been trained with a protection first mindset, so the logical conclusion was that the protection from an IUL made more sense. In some situations this is absolutely true, but what people are not always taking into consideration is the opportunity cost that results from caps on the growth participation on indexed products. For a client that is concerned about asset protection indexed products may very well be the best answer but, like VUL, they are not a one-size-fits-all product. This has historically not put a whole lot of a damper on IUL sales, and we saw explosive growth in the products for the better part of the last decade.

Much like the outlandish illustrations on VUL in the early 90s, the proliferation of IUL eventually led to some less than ideal sales ideas and illustrations. It became increasingly clear that the historical illustration guidelines for VUL were far too high for IUL when the caps were taken into consideration. The illustration inaccuracies are only worsened by the cost drag of the various multipliers, bonuses and other IUL product features. An IUL illustrated at a six percent rate is probably closer to a 10-12 percent rate for a variable product with all of this taken into consideration. While these exaggerated sales claims were far from the most common sales tactic, it lead to some changes in the regulatory guidelines around illustrations, specifically AG 49 and AG 49-A. These changes brought some much needed sobriety to the IUL marketplace and we are now seeing VUL considered in more accumulation scenarios after years of being left on the sidelines.

Much like the cash value in a variable subaccount, the interest in product sales tends to be driven by market and regulatory concerns. Over the past 20 years the market has seen fairly significant growth, even with a few notable setbacks, and it is hard to discount the impact this has had on all accumulation based product sales but is especially important in VUL. That said, there have been other factors leading to VUL sales.

A major concern at the insurance carrier level has been the historically low interest rate environment we have been living in since the last financial crisis. The lower the interest rates, the harder it is for insurance companies to make money as most of their reserves are in fairly conservative investments. While interest rates have been ticking up in an effort to tackle inflation they are still relatively low, so it will be interesting to observe what impact this will have in the variable market. Clearly interest rates impact the profitability of insurance carrier reserves, but the most profitable thing they can do is minimize their reserves and invest the money elsewhere. With a VUL contract the investment risk falls on the investor and not on the insurance carrier, meaning that the reserving requirements on VUL have been lower than for other products. As interest rates have stayed so low for so long, carriers have been looking for a way to help drive sales to variable products and it has led to one particularly useful invention that not only helps the carriers with their reserving requirements but also helps the end consumer!

Over the last few years, and out of necessity for financial solvency, we have seen more and more insurance carriers incorporate one or more indexed options into their subaccount lineup in VUL products. This takes the best piece of IUL products (downside protection), strips away the creativity in the illustration process, and adds yet another tool to the VUL lineup. You now have a product that allows the clients to have upside potential with some downside protection without the need to put an upside cap on the entirety of the cash value. Clients are able to allocate part of their product to pure variable accounts for asset accumulation, indexed for downside protection with upside potential, and a fixed account for maximum protection—further demonstrating the versatility of a VUL product.

Like with most good things, there is a bit of a “gotcha” with these indexed or even fixed subaccounts. While they absolutely allow for flexibility and greater diversification, it is important that agents become familiar with (and communicate!) the holding requirements. The requirements vary by carrier, but the client will not likely be able to put money in an indexed subaccount and then take it out a few days later without suffering some sort of penalty. As long as these limitations are clearly communicated to the client, this issue isn’t more than a minor sacrifice for the diversification benefits that the client achieves.

The traditional sales concepts around VUL and IUL hold true in today’s market. Every person who reads this magazine probably knows the strategies better than I do, so I won’t bore you with them! The difference today is you now have a greater flexibility of options to help meet the client’s objectives. There is absolutely a place in the market for all the various insurance products out there. The changes we have seen in the last decade or so have hopefully helped to ensure that clients are presented with the broadest variety of options to help them with their financial needs instead of concentrating sales so heavily into any one product line. The seemingly self-serving goal of preserving or increasing insurance carrier profitability has helped lead us to an overall better VUL offering than we had historically which, in turn, has led to more sales interest and an overall better option for the client. 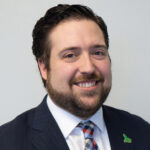 Sean Wickersham is the president of The Leaders Group (TLG). He has been with TLG since 2008 and has more than 16 years of experience in the financial services industry. Wickersham’s primary responsibilities include corporate management oversight and planning, and development and execution of marketing initiatives.

Since 2013, Wickersham has been heading the marketing department, helping steer the direction of the team and has had an active role in the development of the various communications, the formulation and rollout of Starlight Portfolios and the creation of the LEADERSlink system. He has also helped with the rebranding and market awareness efforts.

Founded in 1994 by the late Dave Wickersham, The Leaders Group, Inc., is a national, independent broker-dealer. The Leaders Group’s mission is to provide extraordinary service, expertise, and flexibility to financial professionals, wholesale organizations and industry partners. For more information, visit www.leadersgroup.net.