The Patient Protection and Affordable Care Act (ACA) has ushered in many changes to our nation’s health care system. Most notably, it is prompting an increase in self-insured plans and along with it, medical stop loss insurance. For brokers, these developments represent new opportunities and challenges. There’s the opportunity for brokers to further position themselves as true resources by helping companies make the right decisions relating to self-insuring and medical stop loss coverage.

Concurrently, brokers themselves need to have full grasp of the many moving pieces affecting these areas; areas made even more dynamic by changing state regulations and consumer watchdog efforts concerned about self-insured plans, medical stop loss, and their potential for side-­stepping some of the ACA’s regulations intended to protect consumers. Understanding the changing landscape and how best to serve clients interested in self-insured plans and medical stop loss is critical for brokers serving the self-insured market.

The Affordable Care Act’s Impact On

According to the 2011 Kaiser/HRET Survey of Employer-Sponsored Health Benefits, 60 percent of covered employees work for firms that either partially or completely self-fund their health benefits. Of these firms, 58 percent of covered individuals work for firms that have stop loss insurance in one form or another. Typically, stop loss insurance is purchased at a higher rate by smaller organizations than larger ones. Further, smaller organizations usually have smaller specific deductible amounts (i.e., the point at which stop-loss coverage begins) than larger organizations. On average, larger organizations with 5,000 or more workers will have specific deductible amounts of $300,000 or more, compared with $50,000 to $100,000 for smaller organizations with 50 to 199 workers. The lowest specific individual deductible for smaller groups is generally around $20,000. The attachment points for aggregate stop loss are usually set at approximately 125 percent of a group’s projected claims level. With the passage of ACA, these figures may change.

In its June 29, 2012 response to a Request for Information (RFI) from the Office of Health Plan Standards and Compliance Assistance, Employee Benefits Security Administration (Washington, DC), the American Academy of Actuaries Stop-Loss Work Group (www.actuary.org) reported that:

• The increase in self-insured plans is likely to increase because these plans are not subject to ACA’s medical loss ratio (MLR) requirements.

• ACA’s MLR requirements on fully-insured plans may prompt some insurers to reduce or not pay commissions on these plans, therefore prompting more brokers to steer their clients to self-fund so they can be paid on a commission basis.

• The elimination of various rating characteristics (e.g., average group morbidity, industry, group size) by various states, along with ACA’s 3:1 age-rate-limit requirement will cause premium increases for groups which before ACA may have had lower-than-average rates.

• As a result of ACA’s elimination of lifetime maximums, most stop-loss insurers have been increasing the specific stop-loss maximum from what was typically $1 million or $2 million to an unlimited lifetime maximum.

Because ACA has inadvertently made self-funded insured plans a much more attractive option to many more organizations, it may have, in fact, also placed these plans at risk. In its mission to assure health care coverage for all Americans by developing state insurance exchanges where lower cost insurance could be obtained, it failed to consider how small businesses would be affected, nor did it take into account self-insured plans or medical stop loss. While all of ACA’s regulations/consumer protections apply to fully-funded small group plans, not all apply to self-funded plans. Those regulations that do apply to self-funded plans include: the ban on annual and lifetime plan limits, the ban on insurers retroactively canceling a policy except in fraud cases, the ban prohibiting discrimination against individuals with pre-existing conditions, the requirement of coverage for dependent children up to age 26, and the required coverage of preventive services (except for grandfathered plans).

ACA’s lesser burden on self-funded small groups coupled with its failure to regulate stop-loss policies, is expected to prompt more small businesses to self-fund. This, in turn, may cause older workers with presumably higher medical costs to fall into the fully-insured small-group market, which many industry observers anticipate will cause premiums in the fully-insured small business market to increase by as much as 25 percent. Where stop loss factors into all of this is that it is readily available to self-insured plans without any regulation which can further drive up costs for fully-funded plans.

Stop-loss carriers also have expressed some concern regarding the requirements ACA does place on self-funded plans (e.g., unlimited lifetime maximums for underlying medical plans). This has prompted the estimated 35 stop loss carriers in the nation to take a hard look at their self-funded plan policyholders’ claim histories and consider premium increases and/or restrictions on their stop-loss insurance. Keep in mind this statistic reported in the 2013 Aegis Risk Medical Stop Loss Premium Survey: 97 percent of stop-loss contracts contain an unlimited lifetime maximum. Consequently, stop-loss carriers have the option to raise their prices to a level whereby the coverage is fully included in its rates or consider selectively removing certain claimants. The problem carriers are facing is they can no longer confidently predict what funds should be held in reserve to meet their claims when now unlimited lifetime maximums exist. While the larger self-funding employers are better able to spread the risk associated with potential catastrophic claims (e.g., oncology treatments that cost hundreds of thousands of dollars a year for many years, or treatments for certain cardiac conditions or genetic diseases such as hemophilia, which can cost in the millions), this is not the case for smaller businesses.

More Shifting Ground at the

All of these new considerations have not been lost on the states. Many are aggressively moving to change the rules relating to self-funding and stop loss in the post-ACA era. Among the states that have introduced new laws already are California, Colorado, Rhode Island and Utah. Here’s what they have passed:

• California—New requirement that stop loss insurance purchased by a business cannot exclude any employee from coverage due to his/her medical history.

• Colorado—Raised the state’s minimum specific attachment point from $15,000 to $20,000 for stop-loss policies sold to employers with 50 or fewer employees and prohibits aggregated attachment points below $20,000 for these policies; introduced new consumer protections for stop-loss policies sold to small employers (e.g., prohibits identifying individuals in the group and excluding them from coverage or changing their specific attachment point levels to protect the policy issuer from higher risk employees or dependents, requires stop-loss insurers to disclose to their insured groups policy renewal provisions, and limitations on coverage and the employers’ maximum  liability for claims incurred before but not processed until after a policy is terminated); and establishes data reporting requirements for stop-loss insurers.

• Utah—New requirements for stop-loss insurers that must now cover incurred and unpaid claims if a small employer terminates its coverage.

In addition to actions at the state level, two state legislators, Representative Bill Cassidy of Louisiana and Senator Lamar Alexander of Tennessee introduced the “Self-Insurance Protection Act.” This legislation, which would amend the Employee Retirement Income Security Act (ERISA), is intended to clarify current law and prevent federal regulators from re-defining stop-loss insurance as traditional insurance, which they believe may cause self-insured companies to discontinue their employee health plans. Their goal with this legislation is to protect the employees of smaller and middle-market companies, as well as Taft-Hartley Plan members and public sector workers from losing their health benefits.

Finally, the existing “National Association of Insurance Commissioners (NAIC) Stop Loss Insurance Model Act,” which was established in 1995 and set minimum specific and aggregate deductible amounts for stop-loss coverage, is also under review for possible changes. Under consideration is changing the minimum specific deductible to $60,000 per insured individual from $25,000, and the whole plan deductible from $4,000 times the number of people in the plan to $15,000 times the number of people in the plan. Currently, only three states have adopted the entire NAIC act (Minnesota, New Hampshire and Vermont), and 18 states have adopted parts of the act. However, approximately 25 states do impose some regulations on medical stop loss. Maryland, for example, applies a minimum specific deductible amount of $15,000 and a minimum aggregate attachment point of 120 percent of expected claims for the small group market in its state.

Given the swirling circumstances surrounding self-insured plans and medical stop-loss insurance, brokers need to be especially proactive when guiding their clients toward a decision to self-insure and purchase medical stop-loss insurance. Self-funding still holds many benefits. Self-insured plans still are exempt from more federal and state mandates than are fully-insured plans. Self-funding offers enhanced cash flow benefits in that they minimize the time between employer funding of claims and actual payment of claims. Further, there are significant savings to be derived from self-funding, particularly if the claims are lower than anticipated. Additionally, self-funding offers lower taxes on premiums.

On the risk side, employers of self-funded plans do assume greater risk if claims should come in higher than expected. For instance, if an employee or employees suffer catastrophic illness(es); particularly critical given the ban on lifetime maximums. There are also other potential circumstances which could significantly drive up claims (i.e., multiple employees involved in a serious, life-threatening accident or exposure to a toxic substance leaving many with a chronic health condition). For this reason the industry in which the business or group’s employees/members work should also be carefully considered, along with the organization’s employee demographics (i.e., age and gender composition, geographic region where plan participants live, and related medical histories). The organizations, too, should be assessed for their overall stable claims experience, stable workforce/member base, financial stability and a commitment to managing claims and encouraging “healthy” worker/member behaviors such as through initiating wellness programs, worksite screenings, and health-related seminars. Organizations that utilize a third-party administrator (TPA) to manage their claims, as well as medical case management services, are also better candidates for self-funding than those who do not.

As for whether individual or aggregate stop-loss coverage is the best choice for a client, that too must be considered in the context of the employee/member group. Here is where working with a competent carrier—one which will provide flexible options in coverage—is critical. Specific stop-loss coverage is designed to protect plan sponsors from less frequent but potentially more catastrophic member claims. Aggregate stop loss is designed to protect the plan sponsor’s plan from the cumulative paid claims of all member claims in a policy period that are less than the designated specific stop-loss deductible. The decision to purchase individual or aggregate stop-loss coverage should be made based on the group.

Brokers, working on behalf of their clients, should consider carriers who can offer:

• Aggregate stop-loss options, including: corridor set at 125 percent and others by exception.

Other criteria which should be sought when selecting a carrier for stop-loss insurance include:

• Discounts for high-performance PPOs, TPAs and medical management usage by the insured

• A history of timely disclosure decisions

Armed with an appreciation for the challenges and changes affecting self-insured plans and medical stop loss today, brokers can position themselves as valuable partners to their clients, guiding them to make the best possible decisions. 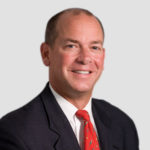 John Thornton is executive vice president, Sales and Marketing, at Amalgamated Life Insurance Company, White Plains, NY. In this role, Thornton applies over 30 years of insurance industry experience to lead the sales and marketing functions of Amalgamated Life Insurance and other entities within the Amalgamated family of companies. His effective strategies have led to Amalgamated Life’s steady growth of its voluntary portfolio and related sales. As a member of the senior executive team, he is actively involved in the operations, oversight and direction of the organization.