Building a Better Future for FIUL
2015 was another important year for fixed index universal life insurance (FIUL) as financial professionals continued to learn more about how FIUL can help their clients achieve the primary need for death benefit protection while also offering the opportunity to build cash value accumulation.

Perhaps more significant than the 2015 sales results, however, is the evolution in the way FIUL products are now sold. On September 1, 2015, the first phase of Actuarial Guideline XLIX (AG 49) became effective for all FIUL insurance policy illustrations. This was a significant milestone because the new guideline helped bring more consistency and clarity to the illustrations that financial professionals use when discussing FIUL products with their clients.

AG 49 was originally proposed by insurance companies who sell FIUL policies-including Allianz Life Insurance Company of North America (Allianz Life®)-who wanted to develop a consistent methodology for determining maximum illustrated rates. In its initial stages, the proposed methodology was simple and straightforward, and could easily be understood by consumers. But as certain non-FIUL companies questioned the proposal and proposed alternatives, the conversation became more actuarial in nature. At that point, we relied heavily on our illustration actuaries to demonstrate the strong value that FIUL provides to consumers and help shape a compromise that we could support.

In order to demonstrate that a policy can be afforded at a certain scale, a company must be able to show that the accumulated cash flows equal or exceed the policy’s cash value at certain durations. Accumulated cash flows are a company’s “cash in” minus “cash out”, and reflect premiums paid by the policy owners, investment income earned by the company, expected death benefit claims, living advantages such as withdrawals or loans, management expenses, commissions paid to the agents, and taxes incurred. The illustration actuary must use a number of assumptions for these calculations, including mortality assumptions, policyholder behavior assumptions, and interest rate assumptions.

Prior to AG 49, illustration actuaries looked to the Life Insurance Model Regulation and ASOP 24 for guidance on FIUL. For traditional UL policies, companies credit a set rate of interest directly to the policy, so the guidance was straightforward: the maximum illustrated rate is the credited rate on the policy, so long as the illustrated scale can be afforded (i.e. it passes disciplined current scale testing). But for FIUL policies, instead of crediting a set rate of interest directly to a policy, companies typically invest that rate in derivatives and then apply their payoffs to the policy in the form of indexed interest. So two grey areas existed for FIUL: 1) “What is an appropriate derivative payoff assumption for disciplined current scale testing?”; and 2) “What is an appropriate credited rate for the policyholder illustration?”

Section 5 of AG 49 limits the investment income earnings assumption used in the disciplined current scale testing. This change impacts the testing process for the illustration actuary, and may indirectly impact the maximum illustrated scale, but shouldn’t be a prominent component for non-actuaries.

Most illustrated rates for FIUL illustrations will be lower than before, which opens the door for increased product education. Before AG 49, the industry often focused on the numbers shown in illustrations, but now there will be more focus on product features such as index allocation options and riders. There will also be more emphasis on training and education, both for financial professionals and consumers. Allianz Life heavily invests in education—last year we had over 1,000 financial professionals come to our home office for product and hedging training. And I think there will be more focus on the insurance companies themselves, both in terms of company strength and rate setting history.

Achieving a level playing field
Allianz Life is focused on the smooth implementation of AG 49 and hopes that the rest of the industry also follows the spirit and intent of the guideline so we can achieve a level playing field. But realistically, we know that when there is room for interpretation, a few companies may push the limits. We’ve already seen certain companies do this with illustrated bonuses that are not guaranteed, and we’ve also seen some companies change their product floors and account charges to obtain a higher illustrated rate. This is exactly why product education and transparency are important—so financial professionals can compare products holistically, by considering all features and benefits, and avoid being misled by isolated benefits.

Phase 2 of AG 49 goes into effect on March 1, 2016, so we’ll be implementing the new alternate scale, historical index performance table and loan limitations in the upcoming months. Allianz Life has been requiring a version of the alternate scale since 2008 and has offered an optional historical table since 2006, so these are both changes we believe are good for the industry. The loan leverage limitations are good for tempering expectations but could be difficult to explain, so we’re going to be helping financial professionals with talking points on why the illustrations operate differently than the provisions of the actual policy.

Additionally, regulators are closely watching how companies implement AG 49, including their use of illustrated bonuses, account charges and floors, and we have people at Allianz Life who are actively a part of those conversations. As FIUL continues to be a popular choice for consumers seeking death benefit protection and the opportunity to build cash value accumulation, we support guidelines that increase education, sustainability and transparency throughout the industry. Allianz Life is committed to doing what’s right, and we believe AG 49 goes a long way toward that goal. [JW]

Guarantees are backed by the financial strength and claims-paying ability of the issuing company. 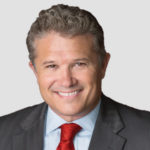 Wellmann attended Minnesota State University, where he majored in speech communications and minored in business administration. He has his Series 6, 7, 24 and 63 registrations and is involved with many industry organizations, including GAMA, AALU and NAIFA.