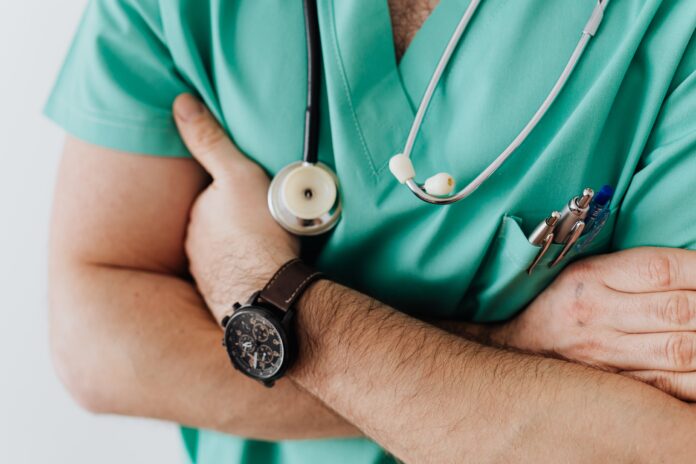 Barrett’s esophagus is a relatively common condition in which normal esophageal tissue (which is squamous cell epithelium) is replaced by columnar metaplasia. Up to five percent of people here in the United States will develop this condition but most alarmingly, another five percent may go on to develop esophageal adenocarcinoma. Since cancer of the esophagus has a very poor prognosis, recognition of this condition and early treatment is of paramount importance.

The commonest predisposition to Barrett’s esophagus is GERD—gastrointestinal reflux disease. As time with GERD goes on, the character of the cells change from benign to pre-malignant. Most people who are diagnosed with Barrett’s are looked at for epigastric discomfort, or persistent heartburn. The reflux esophagitis may either be ignored or treated with antacids or proton pump inhibitors. It isn’t until endoscopy is performed that the diagnosis is made—small biopsies of the tissue during this procedure expose the abnormal cells. The difficult part of Barrett’s is that endoscopies aren’t done until the GERD symptoms have been present for a long time or are not responsive to empirical treatment. It makes it so that diagnosis of this condition (or even esophageal cancer) is made late in the course of the disease, when intervention may be too late.

There are many factors that are associated with a higher incidence of Barrett’s. It is more common in males than in females. Generally the affected are over the age of 50, and a family history may be present. It is preceded by a long history of reflux disease, and is more common in smokers. Ulceration or stricture of the esophagus and previous chemotherapy also present an increased risk. It is also common in those who are overweight or have any previous insult or toxicity to the esophagus.

When an endoscope is passed, small biopsies taken during the course of the procedure are examined under the microscope and the diagnosis is made. The risk of cancer is higher when longer portions of the esophagus is involved, and longer time with symptoms is also an increased risk for Barrett’s. Generally the cell transformation is characterized as either low grade or high grade. High grade disease has the highest chance of malignant potential. The diagnosis in any phase is always an indication to have periodic endoscopies to monitor the course of the disease.

Treatment of Barrett’s involves the vigorous use of acid suppressive medications such as proton pump inhibitors or H2 antagonists. If medication does not work, surgery may be indicated to decrease the amount of esophageal reflux. Treatment in these cases is not curative once the changes in tissue have occurred but it does help reduce or eliminate any further change.

Underwriters look to see the biopsy results and the degree of cell changes, how severe these changes are, any complications that might exist, and how long the disease has been present. A small segment of Barrett’s that is being treated may not be ratable. Longer involved segments and longer time that the disease has been present also factor into a rating. Once there is evidence of cancer, Barrett’s generally becomes uninsurable and much more aggressive treatment is involved.