It is my distinct pleasure to congratulate Seixas G. “Chip” Milner, Jr., the recipient of the 2020 Douglas Mooers Award for Excellence. The National Association of Independent Life Brokerage Agencies (NAILBA) honored Milner, Chairman of the Board, The Milner Group, Lawrenceville, GA, at a virtual awards event held December 17, 2020, as part of the association’s annual meeting, NAILBA 39: ENGAGE.

The annual award, NAILBA’s most coveted and prestigious accolade, honors distinction in brokerage and is presented to the individual most committed to furthering independent life brokerage as a distribution system, and who demonstrates an exemplary record of community service.

“The people in our industry are among the best I’ve ever known,” Milner said in his acceptance speech. “Many of the men and women I respect most are past recipients—some of them, my dearest friends. With great humility, I am honored to accept this award. I hope and pray this philosophy and the calling of this industry will continue for generations to come.

Milner should know about generations of service to the brokerage industry—The Milner family becomes NAILBA’s first to realize two generations of Mooers Award winners. Chip’s father, Sexias G. Milner, one of NAILBA’s founding members, was the first ever recipient of the honor, bestowed at NAILBA’s fifth annual meeting in 1986. Chip’s son, Sexias “Chad” Milner III, named President and CEO of the Milner Group in 2017, served as NAILBA’s 2020 Chairman. One wonders if his astute handling of the agency’s reigns and his undeniable dedication to the brokerage business may very well portend a third Mooers Award in The Milner Group’s future!

Chip Milner graduated from King College in Bristol, TN, in 1974 and went to work for AXA Equitable in 1975. In 1976 he began working for his father, eventually becoming President and CEO of The Milner Group in 1990. He served as Chairman of NAILBA in 2001 and is a member of the Risk Appraisal Forum and various other brokerage industry boards. The Milner Group is an integral part of LIBRA Insurance Partners and was among the first members of LifeMark Partners (which merged with BRAMCO Financial Resources to form LIBRA in 2019)

Milner is a proudly ordained elder in the PCA Presbyterian Church and is a past member on the Board of Trustees for Montreat College and Westminster Christian Academy. He loves spending time with his wife, four children, and seven grandchildren, as well as playing basketball, general aviation, and going on mission trips with his church.

Broker World and the Howard family have been blessed to be associated with the Milners since the magazine’s inception in 1980. Broker World Founder Bill Howard considered Sexias Milner Sr. a great friend and instrumental in the decision to start the magazine. In my 38 years in the business I’ve developed a great admiration for the family and the agency, and I’m proud to be able to call the Milners my friends. Bravo for the Milners, and my heartfelt congratulations to Chip for an honor richly deserved! [SPH] 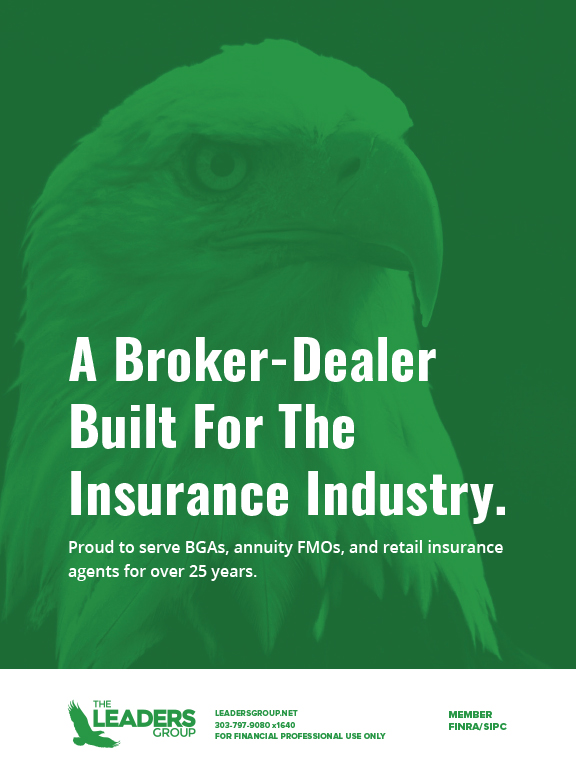