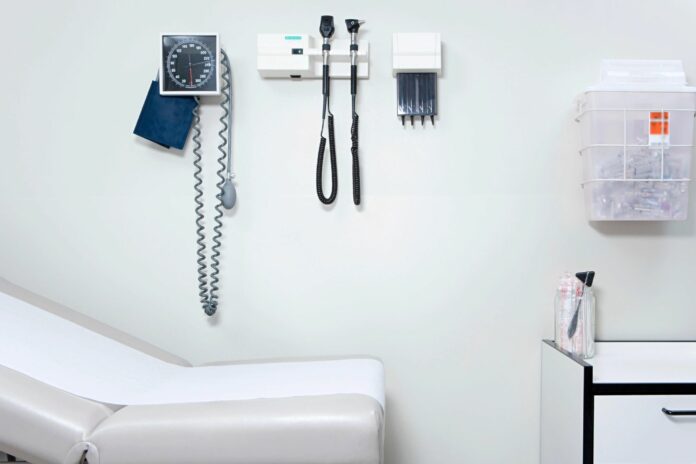 Bronchiectasis is a disease that is characterized by chronic dilation and widening of the smaller bronchial tubes and bronchi and destruction of the bronchial walls. It can either be congenital (such as in cystic fibrosis, the cause of almost half the cases) or acquired via recurring inflammation or infection of the airways. It can be either a localized or diffuse disease and is more common in the lower dependent lobes. Bronchiectasis often coexists with chronic obstructive pulmonary disease.

Symptoms of bronchiectasis are dominated by a productive cough with large amounts of sputum production. About three quarters of those affected will have shortness of breath and wheezing. Chest pain upon taking a deep breath, weight loss, and anemia often accompany the condition. There aren’t a lot of physical signs on examination besides the wheezes and lung crackles. The large amount of generally foul smelling sputum produced is most characteristic. Lung function testing shows an obstructive pattern and lowered oxygen levels.

Chest x-rays are often diagnostic for bronchiectasis, but a high resolution CT scan shows the characteristic changes best. Bacteria are often cultured from the sputum, necessitating antibiotic therapy. As the disease progresses, the number of respiratory infections annually increase and progressive shortness of breath becomes very limiting for the affected individual.

Treatment of acute episodes of bronchiectasis are based on antibiotics from the results of cultures of the sputum that is produced. Hemophilus influenza is the most common organism, but virtually any pathogen can be an offender. Drainage may be necessary to allow better breathing, and surgery to remove a very affected area is still done in severe cases. Complications of the disease can be quite serious and include life threatening bleeding from the respiratory passages, heart and lung failure, collapsed lungs and the inability to breathe well enough to keep oxygen levels up in the body.

There are many underwriting considerations in bronchiectasis. When the disease occurs as part of a congenital syndrome, the accompanying problem often makes the case uninsurable. These include cystic fibrosis, Kartagener’s syndrome (when it is associated with heart abnormalities), alpha-1 antitrypsin deficiency, and many immunodeficiency states. In the absence of any of these (when the disease is acquired), the degree that the lungs are affected governs a rating. Mild disease will have a small rating, where the pulmonary function tests only show early or mild abnormalities. As the disease progresses, mortality increases, to the point where severe disease (when testing is quite abnormal and when there is shortness of breath on even minimal activity) makes ratings severe.

A few other points to mention: Continued smoking with bronchiectasis accelerates the process and is not looked on favorably. Even e-cigarette use or vaping has significant consequences. Bronchiectasis does worse when a systemic disease is combined in its outcome. When active diseases such as pulmonary tuberculosis, heart failure, immunodeficiency disease and the need for oxygen coexist, the prognosis becomes quite poor.