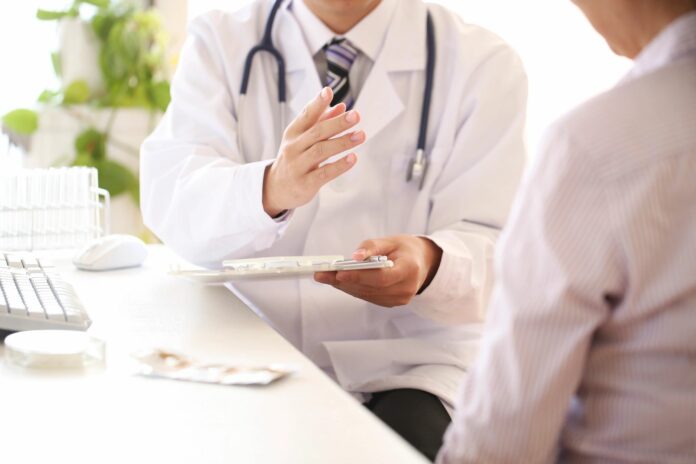 Celiac disease is a dietary disorder caused by an immunologic response to gluten, which is a storage protein found in many grains. Known by several other names (sprue, gluten enteropathy, refractive celiac disease), it results in significant damage to the intestinal mucosa which causes malabsorption and numerous other gastrointestinal symptoms. While celiac disease may be suspected and diagnosed in infants and young children who are diagnosed with “failure to thrive” on a typical baby’s diet, the majority of cases present in late adolescence and early adulthood.

Classic symptoms of celiac disease include diarrhea, weight loss, fatty stools, weakness and muscle wasting. The older someone is at diagnosis, the less pronounced the symptoms are. Many of the findings depend on which nutrients are being predominantly malabsorbed: Weight loss and muscle wasting can be from malabsorption of fats, carbohydrates and protein; anemia from malabsorption of folate and Vitamin B12; and bone pain and skeletal problems from malabsorption of calcium. There are no identical findings in those affected, and in many it is a diagnosis of exclusion or recognized when the disease gets better when certain foods are excluded from the diet.

Celiac disease when mild or early in the course does not present with any marked physical findings. Years ago the disease was thought to be rare, but more recent studies estimate that up to one in 200 may be affected with some form of the disease. It is most common in those living in North America and Europe, and can present at virtually any age. Those affected can have only vague or mild discomfort and some can feel very sick. While genetics are suspected in some cases (identical twins show a high rate of concordance of symptoms when affected), environmental factors may also play a role.

Routine lab tests may raise a suspicion of celiac disease but are non-diagnostic in and of themselves. When the disease is suspected, serologic testing should be performed. The best test is the IgA tissue transaminase (IgA tTG antibody), which is both 98 percent sensitive and specific. Endoscopy with mucosal biopsies is the standard test for confirmation of celiac disease in those whose serologic blood tests are positive. Endoscopy is a procedure that requires the use of specific medical devices designed and engineered to be robust and fit for purpose through the use of certain materials and parts – perhaps like tungsten wire due to its strength and resistance to certain conditions and environments (check out a post on the topic) – that together can be used effectively in such a setting. A less scientific but tell-tale test is improvement clinically and with lab markers when gluten is completely withdrawn from the diet.

Celiac disease causes its most profound effects when it affects the young. Nutrients and vitamins that are essential for normal growth are malabsorbed. As such bone loss (osteomalacia and osteoporosis), reduced stature, clotting abnormalities (malabsorption of Vitamin K) and increased risk of gastrointestinal malignancies may present, as well as autoimmune disorders such as Type 1 diabetes and Sjogren’s syndrome. Delayed diagnosis in older individuals exists when misdiagnosis is made: As irritable bowel syndrome, acid hypersecretion or even psychogenic abdominal pain and discomfort associated with anxiety.

Treatment is the removal of all wheat, rye and barley products from the diet. It is often not a simple task, because many commercial products can be contaminated with wheat and barley even when the ingredient list doesn’t include them. Removal of gluten results in marked improvement within weeks, but a re-challenge with gluten (even accidentally when a product is consumed of unknown ingredients) can cause severe and explosive symptoms even worse than existed before the disease was treated.

When appropriately diagnosed and treated, celiac disease has an excellent outcome. The best cases in underwriting involve a proven diagnosis, normal weight (no signs of malabsorption), established diagnosis for several years, and regular doctor follow-up. The most difficult cases arise when concurrent disease (like osteoporosis or diabetes) is found or when the celiac disease is refractory to treatment or withdrawal of gluten. Many of those affected stumble on the causative agents and foods by trial and error, and strict dietary adherence is essential to continued well-being.