The number one reason consumers are not buying traditional long term care insurance today is because it is too expensive.

False.  The number one reason consumers are not buying traditional long term care insurance today is because they are afraid it will become too expensive.

The legitimacy of the LTCI market is being challenged. Advisors are hesitant to recommend traditional solutions even though there is consensus that the need for LTCI continues to outpace the protection purchased. There is no doubt about the benefits provided. Claims satisfaction rates are extremely high and customers continue to retain their policies more often than any other insurance product.  There is also government support for new product purchases. LTCI enjoys myriad tax-favorable purchasing options as well as benefit enhancements from the state partnership programs.  Traditional LTCI remains the least expensive way to access these rich benefits.  The challenge for advisors is addressing the concerns about the stability of prices into the future because the continuing noise about rate increases from legacy products drowns out all of the positives.

Most advisors are aware that modern LTCI products have dramatically sounder pricing than the prior legacy products.  However, these advisors seek product guarantees and hard evidence having been burnt by prior expectations.  There is good news. Product guarantees have re-emerged in the form of new single-pay and 10-pay traditional LTCI plans as well as lifetime benefit periods being offered once again.  Evidence has also accumulated showing that modern lifetime-pay plans will be much more price stable than any prior product generation.  The evidence comes from two LTCI paradigm shifts that differentiate modern price stable LTCI products from legacy LTCI products.

The first paradigm shift has been increasingly sound pricing to address a variety of possible future economic and demographic scenarios.  The Society of Actuaries (SOA) recently published a pricing study1 showing that the underlying actuarial pricing assumptions for modern products has been effectively de-risked.  For new products, both the likelihood and magnitude of possible future rate increases are under control.  The logic behind this is intuitive.  The single biggest factor that drove the underpricing of legacy products was the assumption that a small percentage of people would drop their policy each year.  New pricing for today’s products assumes that virtually nobody will drop their policies.  By definition, this past pain point will not cause a future rate increase.  Similarly, expected investment rates are now priced in using today’s record low rates making it much more likely that rate stability could actually improve from increasing rates years from now.

It is important for advisors to understand how modern LTCI products differ from legacy products, so they do not quit on the product at a time when the protection is needed the most and is safest for the consumer to buy. Advisors need to encourage consumers who are wise enough to plan for this need to get asset protection while still young and healthy enough to qualify.

Paradigm Shift #2 – Regulatory Rate Stability
The National Association of Insurance Commissioners passed the Rate Stabilization Model Act in 2001, and 41 states have adopted a variation of this Act.  The first new rate stabilized products were offered for sale between 2004 and 2006 depending on the insurance company.  As the name implies, companies are required to price more conservatively and are penalized should a rate increase be needed. The direct result is more conservative pricing across the industry to help protect consumers from large future rate increases. The following are all consumer protections for policies filed under Rate Stability Regulations:

We recently reviewed rate increase data across all states and companies, which was published by the California Department of Insurance in December, 2016.  We reviewed 22 different companies and their subsidiaries selling both pre-RS and post-RS, which together encompass 88 percent of all in-force LTCI policies.  In those states which have enacted the Rate Stabilization regulation, over 91 percent of the rate increases have been on policies that were sold pre-RS.  This includes by definition all policies issued prior to 2004.  Less than nine percent of the rate increase approvals have been on policies sold Post-RS.

Also, we reviewed the cumulative percentage amount of the rate increases.  The average, cumulative rate increase for policies sold pre-RS was more than double that for policies sold post-RS.  Virtually all of the largest companies have had pre-RS rate increases, but only a few have had post-RS rate increases.  This data suggests that policyholders have been better protected by the Rate Stabilization regulation.  It is important to note that self-funded government programs, such as the Federal LTCI Program or CalPERS, are not subject to Rate Stabilization regulations and can change premiums at the discretion of the self-funding entity.

There is strong evidence that modern LTCI policies will have more stable pricing than legacy LTCI policies.  We expect rate increases on pre-RS LTCI products to continue.  Policies sold in the earliest years of post-RS will likely need modest rate increases that should be less disruptive for consumers.  The latest generation of policies are unlikely to have a rate increase based on the SOA pricing study, but if they do, the rate increase will likely be small.  Companies are now motivated to create stable blocks and profitable business.  This follows the path of individual disability insurance, which also faced parallel issues 20 years ago, but has since rebounded.

This paradigm shift in LTCI comes just in time, as the need is now greater than ever. Advisors would be well-advised not to quit on LTCI now that the product has been legitimized and the opportunity to offer the product is the greatest. 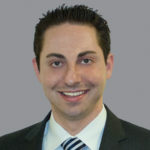 Marc Glickman, FSA, CLTC, LTCP, is the CEO and co-founder of BuddyIns, Glickman came up with the concept of BuddyIns while working as an Actuary and Chief Sales Officer at an insurance company home office. He wondered why there was not an easier way to learn about insurance planning strategies and get connected with client-centric subject matter experts. With this vision in mind, BuddyIns was born.

Glickman has a degree in Economics from Yale University. He has 15 years of experience as an Actuary with a specialty in investments. He is a licensed insurance agent in 50 states. He has served on the Board of Advisors for CLTC, a training organization for long term care insurance professionals.

Besides hosting regular consumer and agent webinars, you can find Glickman on LinkedIn and Facebook. He is an influencer in the long term care insurance market and hosts video interviews and authors articles that are distributed on LinkedIn to over 30,000 financial professionals.

CLTC, is a personal producer and agent trainer. He has specialized in LTCI since 1995. He is on the editorial board of the CLTC. Olson has been quoted in leading publications including: The New York Times, U.S. News & World Report, Business Week, and Huffington Post. Olsonâ€™s new book, â€œThe Simple Solution: How the Long-Term Care Partnership Program Can Protect Your Lifeâ€™s Savingsâ€ will be published Spring, 2017.Olson can be contacted via telephone at 877-727-9582. Website: www.LTCShop.com.