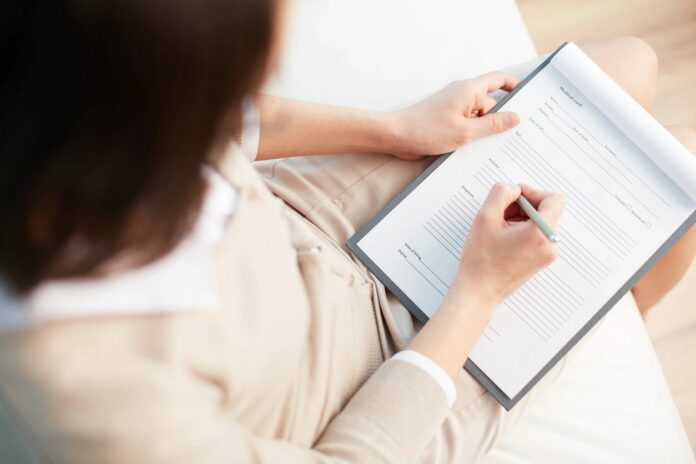 Cognitive testing in life insurance is becoming more and more prevalent, particularly as the number of older age applicants grows. You can expect testing now as a routine at age 70 or older, and although the platform isn’t rigorous, it can derail an application almost irreversibly if performance is poor. Given that it can surprise many applicants who either don’t understand what is coming or blow the test off as “trivial,” it helps if a client knows what is coming and develops an ease at performing his or her best.

Certainly cognitive testing is not meant to discourage application or sabotage the elderly applicant. There’s a lot of money in older age insurance, and companies want the process to go as seamlessly as possible. They do, however, want to avoid unpleasant surprises such as Alzheimer’s disease and the advanced form of mild cognitive impairment (MCI). It is estimated that over 20 percent of Americans over the age of 70 have some form of MCI, and that a fair number go on to develop Alzheimer’s as time goes on. Mortality in Alzheimer’s is noteworthy: While we sometimes view the process as a slow, ongoing one with many years of life ahead, the incidence of underlying disease, lack of adequate self-care, and accidental injury such as falls and placing oneself in harm’s way increase early death significantly in those affected.

Alzheimer’s in its moderate or advanced disease is generally apparent in the underwriting process via APS notes and activity. MCI though isn’t, particularly to a doctor who may see a patient periodically over time and not be looking for its occurrence. MCI happens to just about everyone over a long enough period of time, but when it is obvious and advancing and when it occurs ahead of where we would expect it is what cognitive testing is trying to uncover. Loss of attention, orientation or memory to a greater degree than expected of normal aging will stop an insurance application in its tracks.

General underwriting looks for both current and future risk factors in prematurely developing cognitive decline. As mentioned, the APS is of key importance. Signs and symptoms of MCI may be noted by doctor or family. Medical impairments such as diabetes, high cholesterol, heart disease, and anything that impairs circulation or predisposes to possible clots or infarction/stroke are looked for. Family history, age, and a genetic marker such as APOE genotype epsilon 4 are being studied. A history of stroke, Parkinson’s, chronic vascular disease and smoking are all taken into account.

Letting a client know what is coming can be very helpful. We are all fearful that testing will expose disease, but the way to approach the test is—confidently. There are no trick answers, and questions are only designed to confirm normal functioning. An older aged client should be comfortable and confident of their knowledge and not get so nervous as to not give answers that would have come naturally to them.

A test that is commonly given is called delayed word recall (DWR). In it, a client will be given 10 words and asked to use each in a sentence. The examiner then will go on to other tasks, such as asking routine questions for orientation to person, time and place (“What day is today, where do you live, who is the President, what is the date”, etc.). Then the insured will be asked to recount as many of the 10 words as he or she can remember. I’ve tried this with myself, friends and family and rarely does anyone score more than between six and eight. What is being looked for is maybe a score of three or four or almost no memory at all. Reminding a client to put the words together in a way he or she may remember them in a sentence often helps. After all it’s a memory test, and any way you remember works!

A clock draw is another test that is often given. A client will be asked to draw a clock and put the hands to a specific time, such as ten minutes after 11. It measures orientation and spatial skills. It doesn’t have to be a work of art, but it shows a steady hand, orientation of numbers in the proper position, and an understanding of command. Some clocks are rickety, and sometimes mistakes are made such as ten before 11 instead of 10 after 11. Occasionally though the numbers are completely out of order and there is no orientation to command and an abnormal response is easy to spot. One of the funniest was a client who drew us a digital clock that said 11:10 in a rectangle. We passed him right away for cleverness and ingenuity.

Other tests used for screening may be a telephone interview or an MMSE, which is a more detailed test of mental function and reasoning. Again, the tests aren’t made to get one to slip up. It is a basic assessment of intellectual competence and mental status. One thing a client should speak up for is if he or she doesn’t understand the examiner. This can be with a client whose English skills aren’t polished, or an examiner who speaks with an accent that an older individual isn’t able to understand. Stopping the test or making note of that will allow an alternative way to test or a different exam or examiner. Flippant answers may throw off an examiner as well—this isn’t a time to display humor or sarcasm for a test a client may see as a bother or a waste of time. And sadly, being overly friendly with an examiner may distract the client from the task at hand. This is an exam, not a social visit.

It’s best to perform well on the test the first time around, as questions on performance may create insurmountable obstacles to issuing the policy. A “fail” on mental status may require advanced testing (CT, MRI), blood testing for possible reversible causes of disease (thyroid, B12 deficiency, sleep disorder, drugs, neurologic disease) or a complete neuropsychiatric profile by a neurologist and can get costly and very inconvenient. When a client knows what is coming and is comfortable with the exam and examiner, the test is straightforward and a ten-minute investment. No studying is necessary but, like when we were in school, a little preparation is worth everything.