The business of selling life insurance is going through one of the most transformational changes it has experienced in the past half century-and this transformation is being driven by mobile technology.  In this day and age you can get nearly anything you want via that handy little device sitting in your pocket-that mobile smart phone!  In that same light, life insurance agents should be able to conduct the business of selling life insurance not only from an office, but also at a party, on a golf course, or even in a coffee shop, and the only efficient way to do this is through a slick user experience via your phone.   Anyone who thinks otherwise is out of touch with reality. It is very easy to say that most life insurance agents are older, they don’t want to do their business on their phone, they’re used to their desktop computer. Well, businesses who say that will have a tough time competing in this new world. According to Forbes, digital transformation and more directly the mobile transformation is no longer just a buzzword. 2018 will see companies who do not transform or more directly innovate fall to the back of the pack.

Let me give you an example of an industry who who did not see the transformation coming. Have you ever heard of an ice factory? Probably not, because they no longer exist. In the late 1800s the most technologically advanced companies in towns across America were not the telephone company or the electric company-it was the ice company. The development and delivery of ice was revolutionary to small towns everywhere because now you could keep food cold for days and weeks at a time. Your meat and vegetables no longer spoiled before you could cook them. What a novel idea right? However the ice companies failed to see what industry they were in. They saw themselves as being in the ice making business. Yes, while they were in the business of making ice, they were really in the industry of keeping food cold and they failed to see this. Pretty soon new companies emerged and innovated to create something called refrigeration. The ice companies looked at this and said, “It’s a passing fad, these boxes will not stick around.” Well, what happened to those ice companies? The entire industry of ice making is gone.

This is not unlike many of us in the insurance industry, especially brokerage. Brokerages within the life insurance industry are in the customer service business, not necessarily in the business of selling insurance. For today’s agent the number one tool they can leverage to improve serving customers is the tool that’s in their pocket-their smartphone. I recently read a survey done by Clutch about why small and medium-sized businesses built apps in 2017. There were two main reasons: Customer service and ROI. They surveyed over 350 small and medium sized businesses and found that by 2018 67 percent of those businesses would have a mobile app. The survey also found that the two top features for small businesses that were important for improving ROI are social integration and mobile payment. Between those two they make up approximately 40 percent of the most valuable app features. Andrew Gazdecki of Bizness Apps said, “Social media and mobile payment features are very easy to measure a return on investment, which is why I believe they were so valuable last year. SMBs can track how many new fans or followers are being created through their mobile app and track their spending from there for mobile payments. Calculating return on investment is just as easy. Small businesses can directly see how much revenue is flowing through their app.”

In 2017 IXN conducted a survey of its 20,000 mobile app users, consisting of insurance agents and brokers, and found some interesting results:

We found that agents overwhelmingly want to be able to manage their business via the phone in their pocket. It doesn’t remove the need for the web-based applications that they use in the office, however it allows them to have everything they need at the point of sale when they are needed most – they could even consider implementing an ipad pos system into their business if they’re really keen on leveraging mobile technology to improve the customers’ experience.  So many prospective customers in this industry are lost due to the time it takes to get meetings or process a life insurance application-by using a mobile solution you can conduct business on the fly wherever you are and quote and apply for insurance while the lead is still hot.  These agents that are leveraging mobile technology will undeniably pass that customer satisfaction on to the brokerage providing those tools.

I am an immigrant to this country. Growing up I paid very close attention to my dad and the things he taught me. We are originally from Copenhagen, Denmark. Over there my dad was a well-regarded legal attorney. My dad sacrificed his legal career to bring our family to the United States. After moving to the states my dad did multiple jobs such as selling rain gutters for Sears, selling life insurance for Metlife and selling cars for various car dealerships. I remember at one point he was top salesman at one of the dealerships he was at and I asked him what contributed to this sales success. He didn’t give me the ABCs of sales talk, or grinding it out speech, he said, “I put my customers needs first-I always try to fill their needs.”  That stuck with me, and while I was in college I had my first sales job at a company called Logoworks. I was an entry-level salesman and I remembered what my dad had taught me. However, I infused technology into my dad’s traditional approach.  As I look at our industry today, I think for any agent to be successful selling insurance it’s no secret that they need to focus on their customers’ needs-especially in life insurance. Unfortunately, many of today’s agents miss the mark on combining technology with their traditional approach. Agents today need to sell to their customers how they want to buy, when they want to buy and where they want to buy. Today’s agent needs to be armed with mobile technology tools in order to close sales immediately at the point of contact.

I often hear people say things like, “My agents are older and won’t use mobile apps to sell insurance.” Well, if that’s the case, I hope you don’t plan on being in business for very long. My generation, I guarantee, want to use technology and especially mobile technology.  An example of leveraging technology to make your job easier would be how I actually wrote this article: I literally used Google Sheets, dictated from my voice recognition software on my smartphone.

The best part of being a life insurance agent in this day and age is that you can conduct many of the aspects of your job-quoting, application submission, data visualization, needs analysis, case status-all from your mobile phone. As you read earlier in our survey results, an overwhelming majority of agents, surprisingly young and old, want to do business on-the-go and need to do business in this manner just to compete. I’m not sure I have to convince my audience that today’s consumer spends a lot of time on their mobile device. Although, what would you guess is the hours a day the average consumer spends on their smartphone? One hour? Two hours? A 2017 study by flurry found that the average U.S. consumer spends a whopping five hours a day on these devices and a majority of this time is spent not talking on the phone and not in a browser. That time is spent in apps.

Many brokers don’t know where to start as they move their business into a true mobile environment.   Historically going mobile was a costly endeavor, but today scalable technology has increasingly made going mobile much more affordable.   Today you have a few options as you prepare to move your organization into a mobile sales force.  First, there are companies out there who provide branded, scalable, mobile solutions to the life insurance brokerage industry. Second, you can go out and hire a software provider to build your own custom mobile app-which tends to be the more expensive option. The point is, in today’s world, it is easier than you think and probably more affordable than you think.  I’ve spoken with carriers and agencies who have hired individuals solely to manage their mobile initiatives. This can result in extremely efficient processes and a great experience for your agents and your customers. The route you decide to take of course depends on your budget and willingness to adapt to this changing trend.

If you are looking to stay relevant in the world of insurance you must be aware that a wave is coming. A wave that is moving the entire industry into a mobile environment. Just as the ice companies failed to see a changing industry, Blockbuster missed the mark on moving towards streaming, and Kodak thought that people would never move away from film photography, I encourage you not to be unprepared for this transformation and to begin looking into incorporating mobile solutions into your life insurance business today. 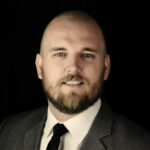 Lasse Ljung (pronounced Lasa Young) is the co-founder and president of IXN, a cutting edge technology company providing mobile solutions to the life insurance industry. His primary responsibilities at IXN are to lead the company’s sales and marketing initiatives with IMOs/BGAs, agencies, and carriers as the company continues its mission of making the business of life insurance easy through the use of technology. Prior to IXN, Ljung was sales director at another innovative startup company called Logoworks which was acquired by Hewlett Packard. Throughout his career Ljung has prided himself in his ability to connect with people and provide solutions to industry problems.

Ljung has a Bachelors of Science in Marketing, with an emphasis in Digital Marketing from Utah Valley University. He was born in Copenhagen, Denmark, and raised in Southern California before moving to Utah in 2006.