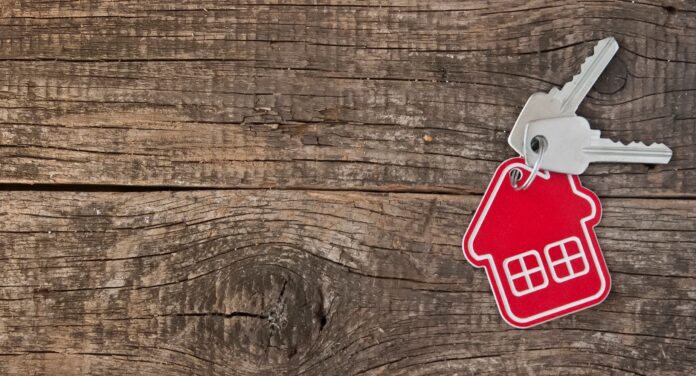 The Mission of Ark House is to provide low cost temporary housing for out of town patients and their families while undergoing extended medical treatment in the Dallas area.

After a battery of tests at your local hospital, your doctor informs you that you will need to travel to Dallas for additional tests and very likely a series of treatments lasting several months. There are dozens of decisions to be made…all under the duress of a life threatening illness. You and your spouse will need a place to stay. You cannot afford the daily rate for a Dallas area hotel not to mention the cost of meals at Dallas restaurants. Besides, the doctors have advised that a special diet may be in order.

You and your spouse take extended leaves from your jobs and travel the 200 miles to Dallas. The journey has just begun…..

Ark House was begun in December, 1985 by The Ark Sunday School class of First United Methodist Church of Richardson. The idea was born from the need of one of its members whose two-and-a-half year battle with Hodgkin’s disease meant staying near his treating hospital in Houston for much of his therapy. The vision of providing temporary housing for hospitalized and extended care patients and their families in Dallas became reality through the efforts of this class.

The members of the class maintained the project for several years but Ark House grew beyond their capabilities. The Ark House Board of Directors is now the administrative body. This diverse group of individuals runs the entire project. Ark House has no paid staff; all money collected goes directly into the project.

Although most Ark House occupants come from small towns across Texas, some have traveled from Europe, Canada and the Near East to receive treatment at Dallas area hospitals. Different religions, races, genders and ages are represented. Approximately 30 percent of the patients are children whose parents need to be by their side. Patients and their families are referred to Ark House by hospital social workers that are in a position to determine financial need. Baylor, Presbyterian, Parkland, UT Southwestern and Medical City routinely refer patients to Ark House.

In 1995 NAIFA-Dallas (then the Dallas Association of Life Underwriters) planned to sponsor a golf tournament but was in need of finding a charity to be the beneficiary. After interviewing several very worthwhile charities, we realized that Ark House was an ideal fit. As members of the life and health insurance industry we were quite aware of the fact that Ark House provided something crucial to the well-being of people with serious medical conditions and living in the bottom strata of economic security. Although in most cases the patients coming to Dallas have their most significant medical costs covered by health insurance (or in some cases charity) there is still the prospect of having to pay living expenses while in Dallas—not to mention that the mortgage, utilities and other expenses back home still have to be paid. We decided that what Ark House provided was something few traditional forms of health insurance provided. We could fill that need by raising money for Ark House. Several members of the insurance community have and continue to serve in various Ark House positions.

A few years later, recognizing that if Ark House were to establish a non-profit 501(c)(3) we would be able to open more doors and offer more opportunities for donors to give, as a result we could help Ark House expand by adding more apartments. At our encouragement Ark House established The Ark House Foundation and within a few years we had grown from nine apartments to 21. We had more than doubled our capacity to help people. About 10 years ago we were able to consolidate all Ark House apartments at one centrally located complex convenient to Dallas hospitals. These one bedroom apartments are each fully furnished including living room, dining and bedroom furniture, linens, cooking utensils, dishes, cable TV, high speed internet, etc. Pictures and wall hangings, along with a few magazines and books, give the apartments a homey atmosphere conducive to the healing process.

The all volunteer Ark House Board is made up of people from various walks of life, that in many cases do Ark House work unrelated to their career skills. We have to have somebody to answer the phone and engage with the prospective tenant to check availability. We have a “make ready” person to clean an apartment prior to the arrival of a new patient and “checkers” that at least weekly check on the resident. Apartment furnishings from furniture to bed sheets have to be updated and replaced.

In addition to providing a place to stay, Ark House also assigns a volunteer (a shepherd) to provide a liaison to the occupants by answering questions, advising of the locations of stores, etc., or just being someone to listen. This adds a personal touch while they are in Dallas and quite often relieves some of the anxiety of staying in a big city so far away from home.

Several years ago I served as a shepherd to an Ark House patient. Jerry was a retired Metropolitan Life agent from a small town outside of Houston. Having worked for Met in the early days of my career we had a lot to talk about. Jerry was needing to be nearby his treating hospital waiting for a double lung transplant. Over the course of several months we communicated regularly. Several times he would call all excited that a match had been found, only to be disappointed. He ultimately got his transplant but it didn’t go well. He called and left a voicemail to let me know that he was going home. I instinctively knew he didn’t mean to his home outside of Houston.

In the early days of Ark House we charged the residents five dollars per day. That amount has gone up to $28. Without the charity of organizations such as the NAILBA Charitable Foundation the rate would be much higher. NAILBA has made generous contributions to Ark House over the last several years, the most recent being in 2019. That contribution was not only significant in size but due to COVID-19 it was quite timely. Elective surgeries all but stopped in the early days of the pandemic, so our occupancy rate dropped from about 85 percent to less than 50 percent. As a result we reduced the number of apartments from 21 down to 16. The NAILBA contribution was a difference maker in our cash flow.

Ark House has more than survived over the last 35 years. Ark House has grown due to the efforts of many caring people and the generosity of donors that recognize the value in the Ark House mission. Our needs are quite simple: In order to continue to provide low-cost, safe, and convenient extended care housing, it is imperative that we raise sufficient funding to enable Ark House to charge only $28 per night. Charging a greater amount would be beyond the means of Ark House clientele. 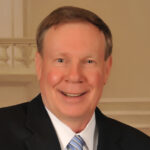 A graduate of Baylor University in 1971 with a Bachelor of Arts in Economics, Steve began his insurance career in Dallas, TX. He also holds an Insurance Counselors License with the State of Texas.

Harris was instrumental in establishing the Foundation of NAIFA–Dallas in 1994 and served as Chairman in 1996-1997 and was honored as the NAIFA–Dallas Life Underwriter of the Year in 1997, elected into their Hall of Fame in 2006. He was awarded the prestigious Beverly L. Brooks Leadership Award by The Dallas Chapter of SFSP. He served on the Board of Governors of the Dallas Estate Planning Council from 2014-2016

Steve and his wife Susan have been active members of the Richardson community serving in various volunteer positions for over thirty years and currently serve on the Board of Ark House, a non-profit organization that provides low-cost, conveniently located housing to patients and their families traveling to Dallas area hospitals for medical care.