We have all heard the statistics, during the last 50 years the number of life insurance policies issued has continued to decrease.  However, according to LIMRA statistics, the face amount per policy has increased over five times during the same time period.  The surprise is that the amount of premium has only increased three times on a per policy amount.  This is because the number of term cases has grown to a much larger percent of the policies placed.

If you have been in the industry long enough, you remember when the bulk of all policies sold were whole life, term was occasionally sold, and the only option was annual renewable term.  The sale of whole life had been based on the idea that life insurance was a forced savings to help create a pile of money for unknown future needs and retirement.   In the early 1980s we saw the creation of “buy term and invest the difference,” and that changed the way we have been selling life insurance ever since.  The “returns” in whole life were not enough to compete with the concept of term with a mutual fund “side fund.”  The only problem with that philosophy has been that very few people funded the “invest the difference” part.  With the elimination of almost all defined-benefit pension plans, there are fewer and fewer people that will reach age 65 and be able to retire because they have not funded their own retirement plans.  As an industry we have created the products that can change this dilemma, but we have to return to the sales process of yesteryear to help young Americans realize the value of cash value!

Over-funded VUL is the best alternative to create the modern nest egg (buy term and invest the difference) that we no longer sell.  The rates of return are similar to the best mutual funds and the growth is tax deferred or tax free depending on how it is accessed in the future.  This is one of the areas that was not touched by the Tax Cuts and Jobs Act of 2017.  We can help young people realize their dreams of a secure retirement if we will just tell them the story.  The “baby boomers” saw their parents save money for most of their lives, but they also learned in the 80s and 90s that you can have everything you want if you charge it now and pay later.  As a result, they are the first generation in America to face retirement with a mortgage and outstanding credit card debt with no pension plan to be able to create a process for paying those off and paying the living and medical costs associated with retirement.

We have had the solution in our briefcase, but chosen to focus on the death benefit side of life insurance instead of offering the living benefit side of “forced savings.”  Consider: If I can offer the returns and tax benefits of an IRA, along with the assurance that it will be funded if my client doesn’t live to complete building the pool of money, why wouldn’t my client choose that in addition or instead?  We have forgotten that this was the reason many policies were purchased in the ‘50s, ‘60s and ‘70s.  The side fund in a VUL policy is included and not an additional obligation for our clients to have to keep up.  It also gave us a reason to go back to the same clients and help them buy additional policies as their lives evolved and changed.  This is what career life agents were trained to do, and as they evolved into “financial advisors” they forgot this critical part of the financial advice process.

If we compare the modern VUL policy to the 1980s “buy term and invest the difference” strategy, we find that the sub accounts are significantly better and the cost of insurance is less, yet we don’t often talk to the public about this marvelous product as the solution to many of their retirement needs.  We can help create less death benefit and more cash value to make sure we are focusing on our client’s best interest, without being subject to the Department of Labor’s Best Interest Rule.

VUL is truly an “engine for growth” that we can provide.  Today the variable annuity market is down significantly from its peak in 2007, however, even at this low ebb of sales there is approximately $11 billion of VA premium per month.  If the same amount was going into VUL, it would create approximately 16 percent more after-tax income and assure that the income would be there for families if the insured person dies along the way.  If we used a MEC instead of non-MEC we see similar after-tax returns as annuities, but the death benefit is tax free so the amount passed to the beneficiaries is almost 53 percent  more—because the annuity death benefit is taxed as ordinary income at the highest marginal rate.  It also helps assure that those beneficiaries turn to us as their advisor instead of looking for someone new since we helped their parents create the expected benefits.

This story of future income can help us replace estate planning as the number one reason people buy life insurance and help the younger generation of Americans start looking to life insurance as a savings vehicle just like their grandparents did. 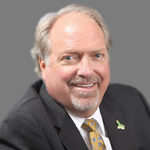 Dave Wickersham is the founder and CEO of The Leaders Group, the largest distributor broker/dealer in the world for variable life insurance. In the 20 years that the firm has been in business, it has grown into the premier broker/dealer for BGAs, with more than 130 agencies calling it home. He is also a founder of The Life Insurance Center, an application fulfillment center built for BGAs.