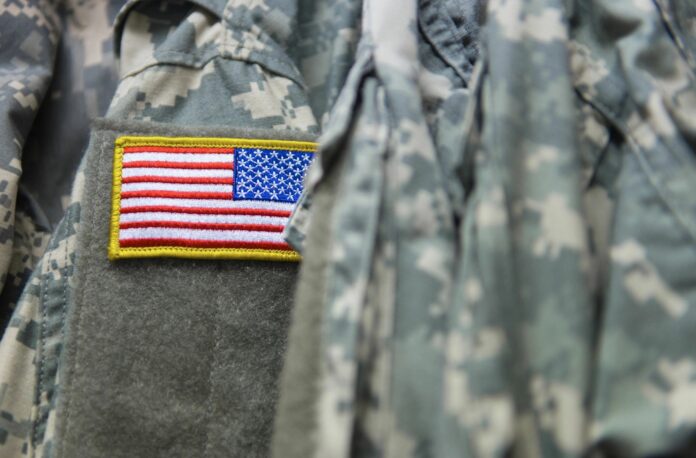 Wounded Warriors Family Support’s mission is to help “heal the wounds medicine cannot.” When a young soldier, husband, father is severely wounded, his family is “wounded” as well, and they need help, too, in many cases.

Unlike previous conflicts, 22 percent of the casualties returning from Iraq and Afghanistan have Traumatic Brain Injury (TBI), which, in many instances, is moderate to severe. A young soldier with moderate TBI needs assistance with his daily living activities. Things we take for granted-driving, cooking, dressing-are challenging, if not impossible, for these veterans.

Whilst a traumatic brain injury is more likely to happen in soldiers who have faced combat, they can still happen to anyone who finds themselves in an accident through no fault of their own, like a car collision for example. This could also happen in cases of severe domestic abuse. That said, unfortunately, the consequences can be the same, and in the worst of circumstances, it could even result in death. So, if you know someone who has faced something similar, don’t be afraid to reach out to somewhere like this firm of lawyers to help with your claim. It won’t bring your loved one back, but it could help with the grieving process. For veterans, this can happen all too often.

A sad fact is that a few wives left their husbands because of “caregiver burnout.” The emotional and physical strain proved to be more than they could handle. They left because there was no one to back them up. They felt isolated and vulnerable without options.

She needs a break, or respite, from the daily emotional and physical strain of being caregiver, cook, chauffeur, maid and mother.

While the Department of Veterans Affairs has respite programs to help, they are limited to 240 hours each year and eight hours on any given day. That’s when Wounded Warriors Family Support comes in: It fills the gaps in coverage and provides the support a family needs, regardless of hours.

While the VA provides respite care for the caregiver, it won’t help care for children. Wounded Warriors Family Support will step in to find qualified caregivers to help look after young children when needed. A case in point was a caregiver wife and mother who needed an emergency hysterectomy. At home was her veteran husband, suffering the effects of TBI, and their young children, who all needed help during her medical emergency. One frantic phone call to one of our family case workers was all it took to get action. In only a few hours, a qualified Certified Nursing Assistant (CNA) arrived to take care of the young soldier and their two children.

Respite care is not the only program under the mission of supporting families of combat wounded. This organization also provides handicapped-equipped Ford F-150s to veterans who have spinal injuries or whose legs have been amputated.

Wounded Warriors Family Support, in partnership with UAW-Ford, sponsors a welding program for combat wounded veterans four times a year. Every graduate from this program has a high-paying job waiting.

The support Wounded Warriors Family Support received from NAILBA and its generous members made our support of two wonderful families possible:

In one family, Minnie has to care for Anson, a quadriplegic as a result of a horrific IED blast when he was deployed to Iraq. Minnie has help from the VA and another local government program, but it’s not enough. Wounded Warriors Family Support provides this family with a CNA three nights a week, 52 weeks a year. Their staff has worked with Minnie and Anson for over four years, and they’ll be with the family as long as they’re needed.

In November 2017, an IED blast almost decapitated Kenton, a Navy ordnance disposal expert who was deployed to Syria. He was not expected to live. He cheated death, but he was left a quadriplegic and needed intense medical care to heal his wounds. Evacuated to Walter Reed National Military Medical Center in Bethesda, MD, his family in San Diego came to his side and lived at the local Fisher House. Lindsey wanted to be with Kenton as much as she could, but with four young children, she couldn’t do it all. She called Wounded Warriors Family Support.

The organization arranged to fly Lindsey’s mother to Walter Reed to look after the children-Logan, Mason, Annabelle and Sadie-while Lindsey stayed at her husband’s side. Wounded Warriors Family Support provided money so the family could get away from the hospital grounds and have a needed break. Later, Kenton was transferred to Brooke Army Medical Center in San Antonio. Lindsey and the children went, too, and took up residence in Fisher House there. Wounded Warriors Family Support helped this time by paying the airfare for Kenton’s mother to come in when Lindsey’s mother went home.

We don’t like to think in terms of dollars when it comes to supporting our combat wounded families, but that’s reality. Without the NAILBA grant that Wounded Warriors Family Support received, the support extended to the families of Anson and Kenton would not have been possible.

Wounded Warriors Family Support, while not a large or well-known charity (you won’t see any television advertising because they don’t spend their money that way) is highly effective and recognized as one of the best veterans’ charities by Consumer Reports and CNBC. With a four-star rating (the highest) from Charity Navigator, Wounded Warriors Family Support not only performs a great service for veterans, but also is a great steward with all funds donated.

I have been on the board of directors for several years and serve as treasurer of this great group. I am proud of the work this organization does, and I am proud that NAILBA and our members support the work that Wounded Warriors Family Support does to “heal the wounds that medicine cannot.”

To learn more, or to donate time or money to Wounded Warriors Family Support, visit www.wwfs.org. 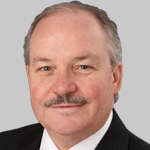 Art Jetter, CLU CFP® RHU REBC FLMI LTCP is president of Art Jetter & Company, a life and health insurance brokerage general agency supporting independent producers in the life, health, LTCI, critical illness, disability, annuity and employee benefits markets. He is a past president of the National Association of Health Underwriters (NAHU), recognized by NAHU as Health Insurance Industry Person of the Year and recipient of the Harold R. Gordon Memorial Award. He is a past chairman of the National Association of Independent Life Brokerage Agencies (NAILBA) and recipient of its 2014 Douglas Mooers Award for Excellence. He is a past board member of ACORD and the Life Foundation (Life Happens).

Jetter is currently a board member of Wounded Warriors Family Support (www.wwfs.org), having served in the US Army as a helicopter pilot in Vietnam.