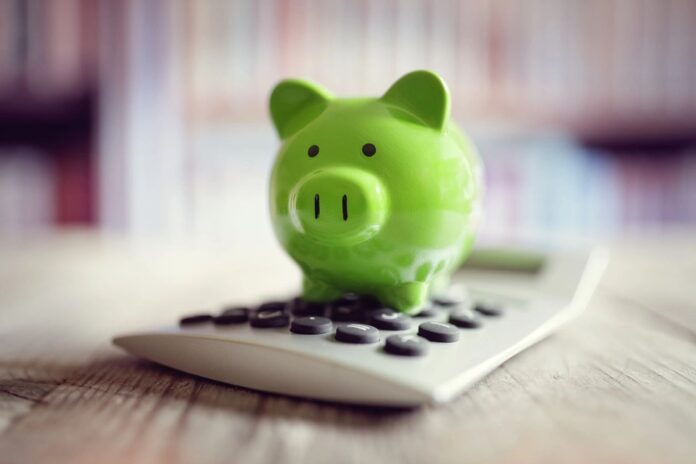 Our industry lost a great man last month. To know Bill Zimmerman was to love and respect him. Though it would take him hours to make it through just one aisle of the NAILBA exhibit hall, stopping every couple of yards to engage with an old friend or meet someone new, he could never get enough of learning and giving back. Much to his chagrin he hadn’t been as active in the industry for the past several years as he once was. Not having his extraordinary presence around was missed by all who knew him but also left many new to the industry without an understanding of what his contributions meant to our community. Bill Z’s long career in the life insurance and financial services trade spanned over five decades. During his first 20 years he excelled as a top personal producer, as an agency manager, as a PPGA and finally as the founder of one of the leading independent marketing organization in the country.

In fact, Bill was there at the very beginning of today’s staple industry associations and helped countless peers, carriers and vendors navigate the very early days of independent brokerage. Over the course of his career, Bill Z helped guide numerous field advisory boards and donated thousands and thousands of hours to the industry by helping to create consumer friendly products and efficient distribution techniques. Many of those carriers, including Allianz Life, National Life, Aegon, F&G, Conseco, United Presidential and many others owe a large degree of their past and current successes to the work Bill did. He generously served as a member of several local and national trade organizations including NAILBA, AALU and NAIFA, and was a long-time member and supporter of the MDRT and Top of the Table organizations. The numerous articles he penned and contributed to some of the finest financial trade journals always focused on relevant topics of the day, many of which are still referenced presently.

It was in 1986, with a dream of starting an independent marketing organization that stands on integrity, service and honor that he opened the doors of LifePro Financial Services, a company that focuses on what is genuinely in the best interest of the end-consumer and the extensive support of the advisors who deliver it. But Bill’s vision and personal crusade to help others didn’t end with his countless hours each week spent with his team, carriers, vendors, consumers and financial advisors. Those that knew Bill best saw how much of his life he devoted to helping individuals overcome serious and life-threatening personal challenges. In fact, he spent nearly as much time helping those in recovery as he did those in the insurance business. In addition to LifePro he founded the charitable organization 12StepRadio.com, a recovery based, on-line radio site providing solace and resources to thousands. Most people in the industry would not be surprised to learn that since 1987 Bill spent each and every Saturday of his life engaging in back-to-back meetings mentoring and sponsoring those in need. He hosted a regular weekly study group at his home for over 30 years and spoke at international and local conventions regularly. Bill Z was more than just an agent, he was more than just the founder of an IMO, more than a businessman, he was a mentor, an advocate for anyone in need, and a loyal friend. He was a true humanitarian who dedicated himself to helping everyone he could and leading a life of service to others.

In business, one of Bill’s major passions, for obvious reasons, revolved around the plight of small business owners and entrepreneurs. Many of the strategies, programs and education delivered by LifePro over the years focused on providing insured solutions to the myriad all-too-real problems faced by this incredible league of hard charging, independent, dedicated, job creating individuals. Another passion near and dear to Bill’s heart was the creation, success and ultimate succession of his own business.

Bill became a GA and an IMO because he knew he could help more people collectively than he ever could by being a one-man advisor. Though he could help many families and business owners by working with them one-on-one he understood that if he created an organization dedicated to the end consumer and the independent advisor he could exponentially increase the amount of service he could give to the world. He also knew that in order to achieve his lofty goals he needed to surround himself with a like minded and like-spirited team. He literally poured his blood, sweat and tears into that cause and was ultimately rewarded with wild success. But that wasn’t enough for Bill. He wanted to make sure that the service he provided didn’t stop when he could no longer be the one delivering it. To that end he became what Jim Collins would characterize as a “Level 5 Leader.” A leader that builds enduring greatness through a paradoxical blend of personal humility and professional will. In other words, a leader that is willing to sacrifice ego for long lasting and generational continuing results.

Bill Z was truly a cook that ate his own cooking. He studied, created and promoted “recipes” for successful business owners and he employed them in his own firm. You see, Bill struggled with a real-life challenge faced by many entrepreneurs: How do I help the most people for the greatest amount of time and make sure my vision lives on. He took personal offense to the old adage “shirt sleeves to shirt sleeves in three generations.” He knew that what he and his team were able to build was special and could live on for many, many generations with the proper planning and care. He also wanted to make sure that the team who helped him gain his success shared in the continued success, as well as the continued responsibility, when he no longer could. Finally, he turned himself into a true Level 5 Leader. When things went right, he credited others. When things went wrong, he took responsibility. The only way his vision would live on was if he found and nurtured those that had leadership skills and a shared vision.

The final ingredient to this Five Star formula? A Five Star succession plan. Bill, with the help of his team, including his long-time consultant, came up with what he referred to as a Non-Qualified Employee Ownership Plan. Thereby the individuals that worked the closest and longest with Bill and who would lead the next generation became the majority owners of LifePro upon his passing. Additionally, over the years, once an employee reached their five-year anniversary and remained on, they were given shares in the company and had a vested interest in seeing the company move forward. It’s important to note that inside of this unique succession plan ownership was not “given away” but rather sold via a note held by Bill and his estate. Perhaps the most important piece to this entire plan and indeed the linchpin that allows it all to work was something we are all very familiar with…life insurance. And how appropriate that the ultimate execution of the plan occurred during Life Insurance Awareness Month. The policies that the company purchased on Bill Z’s life were used to complete the succession plan by paying off the note and allowing the company to transition to the next generation and away from the estate smoothly and seamlessly.

Bill Z, a true pioneer in our industry, not only touched the lives of so many consumers, advisors, carriers and vendors (some without even their knowing) but, in searching for a way to create a meaningful legacy, touched the lives of those who worked with him the closest. During what was one of the saddest and most emotional times in LifePro’s 35-year history, Bill’s successors and employees didn’t have to worry about having to look for a new job. They didn’t have to worry about supporting their families. They didn’t have to worry about their careers or a disruption in their common vision. Because of Bill Zimmerman, life insurance, and leading by example, that vision will carry on for generations to come by those that helped him see it through.

In our industry, and in our day-to-day responsibilities, there are many “best practices” that we can point to. Many of them would improve our output, make us more efficient and drive additional revenue. However, if your family, your life’s work, your employees and your legacy are truly important, I can think of no better practice than by following Bill Zimmerman’s example of walking the walk by utilizing the strategies we teach every day. 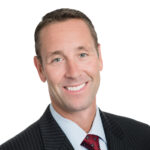 Ben Nevejans, president of LifePro Financial Services, Inc., has been in the financial services industry for more than 21years. Upon graduating from Plymouth State University with a Bachelor of Science, he moved to San Diego, CA, and soon after joined LifePro.

Since then Nevejans has been directly involved with many aspects of the insurance, annuity and investment industry including sales, recruiting, customer service, marketing, supervision and leadership. During his tenure he successfully oversaw the opening and operations of a satellite office in the greater Boston area and currently leads a team of highly intelligent, energetic and engaged individuals dedicated to the success of independent advisors.