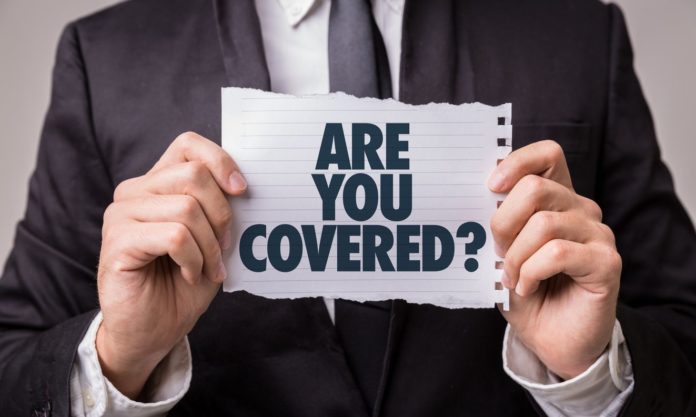 As an insurance and financial adviser of 24 years I think I can accurately say that, for those clients who rely on their earned income for themselves and those who depend on them, disability insurance, i.e. income protection, is the single greatest, most critical area of a solid financial plan—yet sadly, and inexcusably, the most overlooked.

Admittedly, until I became more truly “educated” about income protection, I was “guilty as charged.” I did the same thing. I focused on what my big brand name mutual life insurance company wanted me to focus on, their profit center—life insurance, primarily whole life, or term life with the ultimate goal of converting it to whole life or universal life. I really didn’t know any better.

But as time went on in my career and I became more exposed to other things this company did not offer, such as indexed annuities, indexed universal life, and, yes, disability insurance products, I began to open my eyes and see the value of really looking more closely at the big picture—other products and the value they brought to the table.

Sadly, when I look back to my earlier years when disability insurance was simply not a focus, I regret my oversight. I ran into a woman a couple years ago who was a term life client, along with her husband, in the very early stages of my career when I was a pretty new life agent. We had put together some term life insurance, with a little whole life blended in, and left it at that, never addressing the need for disability insurance. Oh, how I regret that. What a sweet, genuine family. They would have been putty in my hands; they would have done what I told them to. They trusted me. When I met them he was a salesman for a business, then he moved on to owning and running his own business. He was the only breadwinner and she was busy raising little kids. Things got tight, he ran into some challenges, he ended up lapsing his term life insurance and we lost touch. Now, many years later, I asked her how she and her husband were doing these days. She told me as cheerfully, with damp eyes, and with the best positive attitude she could muster, that they had lost everything due to her husband becoming disabled. He contracted some odd, “rare” spinal nerve disorder that causes him to have to lay motionless on the living room floor for hours on end. I don’t remember what it was called but it utterly destroyed them financially. They lost their business, their home, all their savings, their children’s college accounts, and their pride when they had to borrow money from relatives they knew they would never be able to pay back. They had to max out credit cards and feel fortunate if they could even make the minimum payments. She really opened up to me. She was holding down 2-3 jobs, in between being her husband’s caregiver, while trying to be a full-time mom and struggling just to make ends meet. I felt my face tingle and my stomach go sick. My new business card, which I had since redone, had a definite emphasis on disability income protection and I had given her one early in our conversation before knowing what had happened. She now knew what I was doing for a living. I told her how deeply sorry I was for not having done a better job of really looking out for them and making sure that their income was protected. In her normal, typical, loving, positive, upbeat, unvengeful tone, she put her hand on my shoulder and told me it was “OK.” She didn’t hold it against me and said, “That’s life. We have each other, and now we just take each day as it comes.”

This story, along with DI success stories I reflected on where I truly saved people who were extremely appreciative and eternally grateful, really cemented that DI paycheck protection is the single most important area of planning—for anyone really relying on, depending on, their paycheck.

I vowed to myself to always, without fail, proactively initiate conversation about disability income protection—to never wait for the client to bring it up as so many agents and advisors unfortunately do.

With property casualty coverage, and even life insurance, people often know they want it or need it. The law or bank is either telling them they must have it, or it is just more top of mind. Afterall, there are more than 1,000 life insurance companies and there are only about 10 companies that focus on DI. Death is more obvious to people—everyone is going to die at some point. However, a disability is really seen as more of a “maybe,” a “possibility,” but not a complete given. If it does happen, it won’t happen to them—it will always be “the other guy.” For this reason it’s our job—our moral, ethical duty—to educate clients, to proactively bring it up and use stories to catch their interest and get them to have a “get real” conversation about the very valid and realistic odds of getting disabled sometime in their working years.

Rather than bombard people with statistics, even though plenty of them exist, I find it is better to use real life stories and examples of either disasters where regrettably coverage was not in force, or situations where, thank God, it was in place and how it made a huge difference. Here is the thing about statistics. Remember when Charlie Brown would hear the adults talking? It sounded like a muffled, warbly trumpet. That’s what statistics sound like after a while—it’s just noise. But when it happens to you, your odds of hearing it are 100 percent. I also like using analogies and using really obvious observations—like the fact that, in any given town or city, doctors, surgeons, nurses, hospitals, clinics, specialists, pharmacists, and physical therapists outnumber funeral homes thousands to one at the minimum. There is a reason why this is so. They do a fantastic job these days of saving your life. It takes a lot to actually die, but that doesn’t mean you can still make a living. I tell clients to remember the worst case of food poisoning they ever had in their life. Out for a few days, right? Now imagine chemo and that lasting 18 months. Could you work like everything was normal? No way.

Since this issue of Broker World is centered around “Asset Protection,” I think it can also be said that disability income protection is a very important layer of protection around other important assets. This is what insurance is for, to be the moat around your castle. When you go without insurance, you are self-insuring and that’s very expensive—assuming you have liquid assets in the first place. Current statistics on the savings rate in America are terrible. On one hand we are told in society to save, but we are also bombarded to spend and buy things. Even if we do have liquid savings, one event can quickly wipe it out. For example, using the “10 percent rule” we can say if we saved 10 percent of everything we earned, it would only take one year of being disabled and unable to work to wipe out ten years of savings! What about investments such as retirement accounts, stocks and mutual funds, or even real estate for that matter? I would submit there is never a good time to sell longer term investments for short term liquidity needs. If the market is growing by leaps and bounds, why on earth would you want to pull your money out of the market? Conversely, if everything is tanking, why would you want to convert things to cash and take a huge beating, locking-in losses and cashing out excessive shares? With real estate, in a tough market, you may find your property to be very hard to sell and, in desperation, be forced to sell it way below its normal value.

So when you are working with clients who need and depend on their earned income for everything today, as well as protecting their assets for tomorrow, do your job! Proactively bring up and encourage them to discuss their single greatest, most critical asset—their earned income—and what can be done to protect and insulate it. 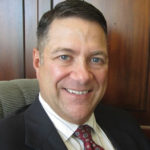 Todd Radwick comes from a family of life insurance and financial services professionals. After serving the public in Washington state as a police officer and deputy sheriff for 6 years, Radwick followed his father’s footsteps and entered the insurance business with New York Life in 1995. Consistent with his protective nature and desire to help others, he found it was a natural transition helping others plan for their future financial security.

He later formed Radwick Financial Group LLC and works directly with clients as well as mentoring other agents as a general agent with some top carriers, focusing mainly on smaller business owners and certain medical professionals. He and his advisers focus strongly on disability insurance products, and indexed life and annuities. He and his firm are licensed in multiple states and he does 100 percent of his work via phone and web conferencing.

Radwick has his DIA designation (Disability Income Associate) from AHIP and has been a platform speaker at NAIFA meetings as well as a panel speaker at the International DI Society convention. He is also a published author with his own financial column for several publications including the Spokane Journal of Business, the Wenatchee Business World and the O&P Business News.