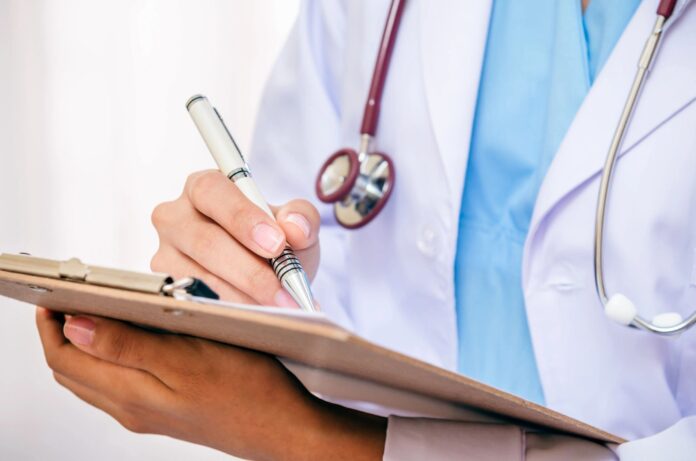 Endometriosis is a condition where normal tissue that lines the uterine cavity is found outside the uterus, mainly in the area of the pelvis and the ovaries. It is a common source of pelvic pain in women, and is an increasingly diagnosed entity in workups for infertility. Some more unusual places for endometrial tissue to be found are anywhere in the abdominal cavity, lungs and even reported in the lining of the nose. Thankfully it is normally confined to the pelvic region however.

Endometriosis is a relatively common disorder, occurring in between five percent and 10 percent of all women. The prevalence is four times greater in infertile women. The true cause has not been established, and the course in most women is quite variable. Endometriosis is associated with a higher risk of coronary artery disease, which makes its identification more important in overall health treatment.

Endometriosis is variable both in its presentation and in its course over time. More often than not it is found during a work-up for chronic pelvic pain or for identifying the cause of pain during intercourse. It is also found commonly as an incidental finding in workups for infertility. In those cases, there are no symptoms but aberrant endometrial tissue is found obstructing or altering the normal pathways for ovulation and pregnancy.

Endometriosis has to be differentiated from other female conditions and pathology. They include pelvic inflammatory disease, ovarian cancers, and uterine fibroids. The latter conditions, like endometriosis, cannot be disregarded. For example, uterine fibroids can cause heavy menstrual bleeding, and pain, making it a cause for concern. Many tend to consider fibroid removal without surgery as an option when it comes to abnormal growths in the uterus. As for the endometrial tissue, it can invade the neighboring bowel wall causing blood in the stool. Workups must rule this potentially serious condition out before moving on to the treatment of the primary condition.

Non-invasive imaging is not all that helpful in the diagnosis of endometriosis except if there is a larger tissue mass that can be identified. The diagnostic procedure of choice is a transvaginal ultrasound. Surgery and biopsy is the only way to definitively make the diagnosis. MRIs help in cases where the tissue may be invading on bladder space.

As often endometriosis is a cause for intervention when pregnancy is desired, hormonal manipulation and surgery are generally part of the treatment. Many of the regimes for pain relief involve the use of low dose oral contraceptives, progestins, and GnRH agonists. The courses of treatment are designed to inhibit ovulation over a defined period (six to nine months) and lower hormones, thus hoping that the extra endometrial tissue atrophies and disappears without hormonal stimulation. These treatments unfortunately are not uniformly effective.

Surgical treatment of endometriosis can be more effective in promoting fertility and in decreasing pain. Using a laparoscope, endometrial tissue can be surgically removed or ablated. When this occurs, local blockages can be relieved and successful pregnancies may occur. In very severe cases of pain where pregnancy is not desired, removal of the uterus, ovaries and tubes (hysterectomy and salpingo-oophorectomy) can be a definitive treatment. It is more beneficial in postmenopausal women-in premenopause hormone replacement therapy may lead to a recurrence of symptoms where the endometrial tissue is outside the field of the surgery.

Thankfully most cases of endometriosis have effects on symptoms and morbidity but not mortality. The increased incidence of cardiac disease found on retrospective studies is not significant enough to cause a rating in most cases. When other more serious pathology has been ruled out, preferred ratings are usually the rule.