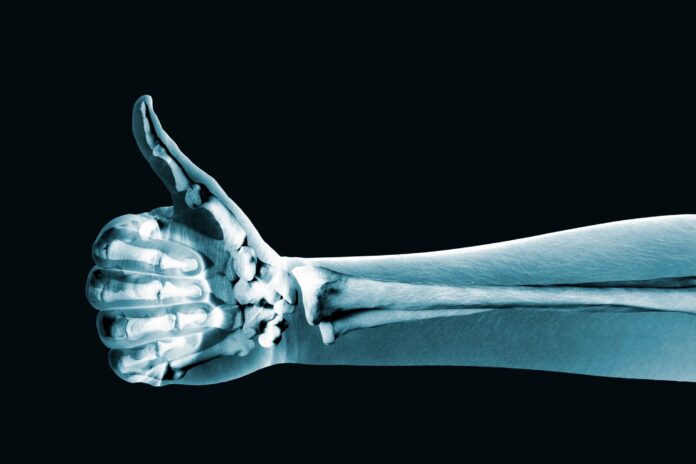 At 43 years old I am no longer a young puppy. I remember being a 20-something in the business wishing that I could be older because I would then have more experience and credibility. Naturally, somebody who is 20-something in this business is dealing with people that are multiples the age of him or her. Well folks, be careful what you ask for because the time comes quickly.

Do not wish away time. Which is a topic for another column.

Anyway, as we get older and more mature, we tend to reflect on things that we didn’t slow down to do when we were in our 20s. Recently I have had a couple opportunities to reflect in a similar manner that probably many of you readers have done. My “reflections“ have been about “I wish I were a little smarter with my body when I was younger.“ That may sound odd because those that know me know that I do try to take care of myself. I work out, I read a lot, and I am usually the first one to bed at night while others shut down the bar. So, what am I referring to?

Allow me to explain. Back in January I had a major colon surgery because I have been dealing with diverticulitis for about 10 years—since I was 33. Why would a 33-year-old get diverticulitis? Nobody knows for sure, but it likely has to do with the strain of going too hard with athletics, lifting weights when younger, along with all the other stress I put on my body by—paradoxically—wanting to better myself.

Like the herniated discs in my back. My wife says that when I put my mind to something, there is no moderation involved. She is right.

Finally, late last year, I got sick of dealing with the diverticulitis so I agreed to surgery. The surgery went great, and I was basically told to sit on the couch for eight weeks to recover. For those of you that are physically active, you probably have not sat on the couch for an eight-week period of time for decades. That was me. And I did exactly that! I followed the doctor‘s orders perfectly.

After the eight weeks of rest, I felt better than I have in a decade as the surgery worked! So, I got back into working out with my 14-year-old future basketball star son (proud dad). After about a month, we were going pretty hard again. Well, that led to a hernia! Although a hernia surgery is not a big deal anymore, it was still very disappointing because that meant another surgery, another x weeks out, another scar! Two steps forward and one step back.

As I was talking with my doctor to plan the hernia surgery and recovery time, I said “I wish I had not been so stupid with my body when I was younger.“ Again, this is something that many of you may ponder from time to time. Here was my doctor’s response which I thought was pretty profound. She said, “But your scars are what make you who you are. You would not be who you are today if you did not have those scars.“

That statement has never been truer. As I think about it, almost all my scars have come from driving forward and wanting to better myself and better those around me. Now, granted, I have a few scars from just doing stupid stuff that I never should have done, but a majority of my “scars“ are from trying to get better as a human being. My dad, who died at a young age of 62, had a ton of “scars,” primarily because of him working hard with construction to support his family. He often said “If I knew I was going to live this long, I would’ve taken better care of myself.“ Well, at the same time, he had a reputation in our small town as being one of the hardest working people that anybody had ever met. He made a great living as well. Without his hard work ethic, his scars would’ve never come. Or maybe, without his scars, his tough work ethic would have never come. Chicken or the egg?

Now I am not suggesting that you don’t take protective measures like wearing a weight belt (as I do), wearing a seatbelt, managing your stress, etc… Like anything, it’s a matter of magnitude. Said differently, we could all go through life without one scar by being couch potatoes, but is that what we want? You face bigger risks in life by being a couch potato than the risk of a “hernia” (figuratively and literally).

What about stress and anxiety? Seeing life insurance medical information on a daily basis, I know that a significant number of people have stress and anxiety as a “scar.” Those people that are stressed and anxious are oftentimes exceptionally good at their jobs. We read about actors and singers in the media that seem flawless with huge talent, yet they deal with stress, anxiety and depression. I would argue that many times those “scars” are a result of them actually giving a damn about what they do! I would argue that maybe that stress is a requirement for them to be good at what they do.

My son complains about stress and “butterflies” before his basketball games. It’s because he cares! If he did not care, he wouldn’t have those side effects. Before I give a big speech to an audience, I experience the same “side effect” and I love it!

I don’t know if it is the chicken or the egg. As in, because of the scars that we have, we get stronger and therefore become who we are. Or, conversely, because of being who we are and pushing ahead (maybe too hard at times) we will get scars.

It doesn’t matter to me if it is the chicken or the egg, or both. All that I know is, sometimes you must accept the scars as the entry fee for being who you are. If you would take who you are along with your scars over being a couch potato without any scars, then listen to my experience. Because my experience, and the conversation with my doctor, makes my scars something that I can be proud of. Embrace your scars. But do not be stupid and go out looking for more scars. If you do, buy life insurance first. 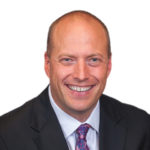