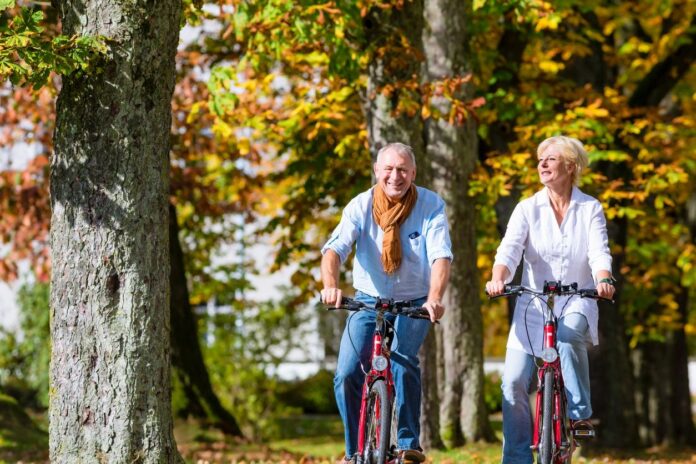 It’s time to face the facts. The insurance industry understands the long term care problem but has not provided an acceptable solution for millions of Americans.

Long term care is becoming an even larger elephant in the room. First, the numbers of Americans needing this care are increasing as their average age increases. Second, the high costs of care continue to rise faster than the rate of inflation. How can insurance protect Americans from these huge costs?

These are solutions that only Americans in the top ten percentile of income and assets can afford to buy. What about the other ninety percent? What are the solutions for them? They must use up their limited assets and become dependent on family members, Medicaid and other government programs to receive the care they need.

As costs of care and long term care insurance premiums have risen, agents and brokers have had to make significant compromises in benefits. These compromises used to be relatively small, making partial coverage adequate in most cases. But today, most policies now being sold leave increasingly broader coverage gaps. Let’s examine these gaps.

Daily Benefit: With nursing home costs at $300 per day and more, many brokers and agents are not even trying to fully cover nursing home costs. They know that people will prefer to stay at home, especially when COVID-19 illnesses and deaths permeate nursing homes. The compromise is to design policies with daily benefits of $150 to $200 per day which can cover or almost cover eight hour per day home care costs and all assisted living facility costs. This type of plan cannot fully cover twenty-four hour per day home care. It assumes that people will enter nursing homes only as a last resort and only for a short period of time. Because of the increase in home care usage, brokers and agents are tending not to utilize a reduced percentage benefit for home care and assisted living care.

Benefit Limit: Most people would prefer lifetime coverage, but it is too expensive and is virtually unavailable as an option. Even four to six-year benefit limit options are rarely utilized. The compromise is to design policies with two and three-year benefit limits. Shared care is often utilized for couples in order to potentially double the benefit limit if only one of the spouses needs benefits.

Inflation Rider: Insurance carriers have priced five percent compound inflation, the original standard rider, out of the market. The current rate of increase in long term care costs is about four percent, and this rate could go up a bit with future increases in the minimum wage. The compromise is to propose three percent compound inflation or five percent simple inflation. Another compromise is to shorten the inflation period to a defined period of ten to twenty years. Another alternative is to create a large daily benefit with no inflation rider.

Elimination Period: Brokers and agents are almost always proposing a ninety-day elimination period. They may also include a zero-day home care rider, but with a fair-sized increase in premium. Days utilizing the zero-day home care rider often do not count against the facility elimination period. The ninety-day compromise helps lower the cost, but policyholders are often quite upset when they have to wait ninety days in order for their policy to pay a full benefit.

As an example, (see Table 1) let’s examine the annual premiums in most states today for a major carrier’s traditional long term care insurance product with these compromised benefits: A monthly benefit of $4,500, a benefit limit of $160,000, three percent compound inflation and a ninety-day elimination period:

The average age of the traditional long term care insurance purchaser has been about age 57 for years. No wonder that sales have decreased so dramatically over the years. People in their fifties and sixties are not motivated to invest in these high premiums. People in their forties have many competing demands on their finances.

However, as with traditional long term care insurance, agents and brokers have had to make significant compromises in benefits so that policies now being sold only partially cover the costs of care and leave increasingly broader coverage gaps. The main compromise is to exclude an inflation rider. Other compromises are to provide a relatively small death benefit and exclude a lifetime extension of benefits rider.

Let’s compare by examining the annual premiums in most states today for a leading hybrid life/long term care insurance product. I am using this particular company because I can structure three percent compound inflation on both the death benefit and the rider, so that the benefit increases over time at the same rate as the example for traditional long term care insurance. This will still not be an apples-to-apples comparison to the traditional example above, but it brings the hybrid example closer to that example.

Let’s use an $80,000 death benefit, an $80,000 continuation of benefits rider with three percent compound inflation lifetime on both. (See Table 2)

Here, there is no annual premium under $3,000. You have a product which again is too expensive for the 90 percent of Americans.

If both traditional long term care insurance and hybrids now in the market are too expensive for 90 percent of Americans, what is the solution for them? I envision three possibilities.

First, Partnership plans can be a great solution if they are utilized properly. They were originally intended to be sold to people with moderate income and assets. Unfortunately, they have not worked well recently because many of the original restrictions on the policies have made them unaffordable and uncompetitive.

Recent changes in these restrictions have made Partnership plans more affordable and again appropriate for their target audience. These changes have included lower inflation rates, smaller monthly benefits and smaller benefit limits. People can purchase a Partnership plan with these smaller benefits, use up these benefits, wind up on Medicaid, and protect some or all of their assets. Partnership policies are a fine example of a private/public partnership which can work for millions of Americans.

Second, the State of Washington Long-Term Care Trust Act may be the first potentially successful attempt at a public plan. Passed in May, 2019, it provides for a benefit of $36,500 which will be indexed for inflation. It will be funded by a .58 percent payroll deduction. This small benefit will provide very partial coverage, but the State will encourage members to purchase private long term care insurance as a wrap-around. The wrap-around will cost relatively little because the Trust members will be relatively young and the first months of benefits have been provided by this Trust Act. Other states are aware of what Washington is doing and may follow suit.

Third, a revision of the structure of traditional long term care insurance may create lower initial premiums and encourage Americans to purchase a plan. Here premiums could be set a low base and rise slowly every year, similar to health insurance.

The rate of increase should be variable based on actuarial experience. We now have sufficient experience so that these increases should be in the low single digits. This plan would reduce the original cost significantly and create a broader market. One current example provides for an automatic percentage annual increase in premium, but lacks an increase based on actuarial experience. Actuaries would probably be more comfortable with a variable rate of increase, but may also have to factor in an inflation factor.

These three potential solutions show that the industry is not satisfied with the current models and is searching for a new solution. I believe that this process will take ten years, and that the industry solutions will be far different by 2030 than they are now. The need will be far larger by 2030. We had better solve this problem. 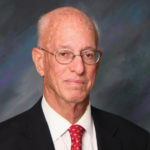