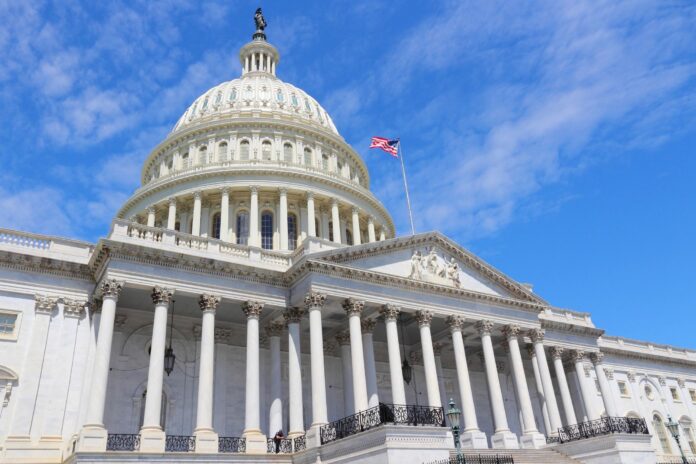 First off, my goal is to make this so non-political that, by the end of this column, you will not know whether I am a Democrat or a Republican. So if you read the title of this article expecting to witness a train wreck below you can rest easy. I hope. And yes, I am fully cognizant that bringing up politics is almost as dangerous as telling my friend, Steve Howard, that I am not a Chiefs fan! Actually, I do like the Chiefs.

The purpose of this article is to merely take learnings from a group of folks (politicians) who deal with numbers of people that dwarf the numbers of people we work with and apply those learnings to your business. In other words, with political elections you have the “Law of Large Numbers” which makes for a very interesting litmus test on how to interact with the public, i.e. our prospective clients.

The Brain
There are two different ways that our brain processes information—one way is the analytical or conscious way, and the other is the emotional or subconscious way.

I have read several books on how humans make decisions and they all explain these two different thinking types in a different way. The book Storyselling for Financial Advisors explains the brain functionality as left brain versus right brain. Basically, if you were to take a map of the United States and look at it, on the left you would have California and on the right, you would have New York and Washington DC. Now, turn the map away from you as if you are showing somebody this map. You now have New York and Washington DC on the left and California on the right. Think of these two locations: New York and DC are analytics, numbers, Wall Street, Alpha, Beta, legislation, analytics, objective, etc. This part of the country takes deep thinking! Conversely, on the “Right Side” of your forward-facing map you have Beverly Hills, Hollywood, etc. These places are fun, exciting, stories, movies, random, intuitive, etc. This is how our brain works. Left brain analytical processing versus right brain emotional processing.

Now, there are other books that explain our thinking a little differently and more neurologically in depth. For example, the book Your Money and Your Brain by Jason Zweig explains the brain as being less about left and right and more about up and down. In other words, the analytical part of the brain is the Cerebral Cortex on the top front part of your brain. And the emotional part of your brain is in the core, called the Basal Ganglia. This definition of how we think I believe is probably more precise because he backs it with MRI research where the patients are given emotional and analytical tests while their brain activity is monitored by MRI data. Regardless, the brain is broken down into two areas—analytical and emotional. So regardless of which definition is right (left, right, up, down) one thing that is undisputed is we think in two different ways, analytical and emotional.

Emotional Wins Every Time!
As I have been witnessing the presidential debates not just this year but also four years ago, I have observed a very interesting correlation, or lack thereof, that I thought I would write about.

First off, I believe that you cannot be a complete idiot and make it to be a top candidate for the leader of the free world, whether on the Democratic side or Republican side. I think it is likely that almost everybody that makes it to the debate stage probably has an IQ beyond the average American. Furthermore, you will often see a candidate or two that are among the smartest minds in the country, maybe even the world. As a matter of fact, on the Democratic side, at the beginning of the election season 9 of the 14 candidates attended an Ivy League school, eight have law degrees, and two are Rhodes scholars. On the Republican side, going back to the 2016 campaign, you had a doctor that was the first ever to separate conjoined twins—Ben Carson. I don’t know about you, but to me that seems like an intimidating task!

Here is the correlation, or lack thereof: How far did those analytical left-brain skills get them? I have not seen any correlation in how book smart one is relative to the other candidates and their likelihood of winning.

My point is, the direct correlation in this litmus test is those that become successful are those that also communicate in an “emotional/right brained” fashion. And—needless to say—Trump and Sanders trigger various emotions with various people! The politicians that win are able to trigger the emotional right side of the brain better than any of the others.

These people that ultimately win can tell stories that compel people to act. Logic alone many times does not compel people to act. Think of some of the most memorable speeches coming from any presidential figure. Those speeches were emotionally charged, and many times have very little “analytical” significance. Now, I am not suggesting that academics are not important. Afterall, I would like to think that I study this business as much as anybody and believe in designations, etc. What I am suggesting is that it can be a moot point if you cannot get people to act. How we get people to act is by telling stories and opening that “inner eye” of emotions. Whether you love XYZ politician or hate him/her, make note of how they get people to act! Most of the time, they get votes because that politician has hit a hot button.

Have Conviction in Your Recommendation
Unrelated to any of the candidates today, I will pose this question that I have recently been reminded of in my own dealings with a client. The question is: If a politician stood up on stage and gave their ideas without 100 percent conviction, would you get behind that person? If that politician said, “I think my tax plan could possibly create a good amount of wealth for the American people but the actual amount I am not sure of,” would anybody get behind that? No!

On the political stage those that have the best recommendation as well as the strongest conviction around how that recommendation will work will be the more successful. People can say what they want about Trump or Sanders, but lacking in conviction is not what anybody would explain them as.

Like in politics, the more confident we as professionals are in making recommendations, the more the client will buy.

Now it is time to be a little self-deprecating and tell you about a recent experience I had. After 22 years in the business and understanding the common sense I just laid out in the previous paragraphs, I basically did the opposite of what I just explained. Thus, what prompted me to write this article.

I was meeting with a nice lady that was 83 years old. I liked her and she liked me, and she trusted me at this point. This was our second meeting and I was showing her two different options for her $200,000 that she had sitting in a low yielding CD. She was very small and very petite but also very healthy. However, she was concerned that her $200,000 was not earning anything in interest. She also understood the long term care risk and was somewhat concerned about it. All her siblings had gone into a nursing home and it was almost a certainty that she would end up there. She had longevity in her family as well as “morbidity” in her family.

To address her concerns I formulated two different options for her. The first option was that she could continue to grow her assets like she had been doing, except in a guaranteed annuity that was giving her almost four percent for five years. This particular product was a very “low-friction“ sale because she wasn’t earning anything on her certificates of deposit. This was a no-brainer!

Both were great options and when she looked at me and asked, “Which option should I go with?”, what did I say? In my attempt to be as gentle and low pressure as possible (which is how I work) I told her, “You cannot go wrong with either one and it is just a choice of more accumulation potential with the MYGA annuity or the high long term care amount with the long term care annuity. It is whatever you are comfortable with Mrs. Bailey.”

As she told me she would think about it and get back in touch with me next week, I immediately realized what I already knew! I lacked conviction in my recommendation. I am never “wishy washy” but this time I was and therefore I lost the sale (and rightfully so). More important than “the sale,” I lost the opportunity to help her out. She is still sitting in the CD that is not earning anything. I will help her eventually, but this was a learning experience.

Sometimes people just want to be told what to do and don’t like “wishy-washiness.” I knew this before and I went against it in order to not disenchant this nice lady. Well, I got exactly what I was trying to avoid.

So, whether you are a politician or a financial professional, if you are speaking to the emotions of your customers and doing so with sound recommendations that have conviction, your customers will vote for you with their trust.