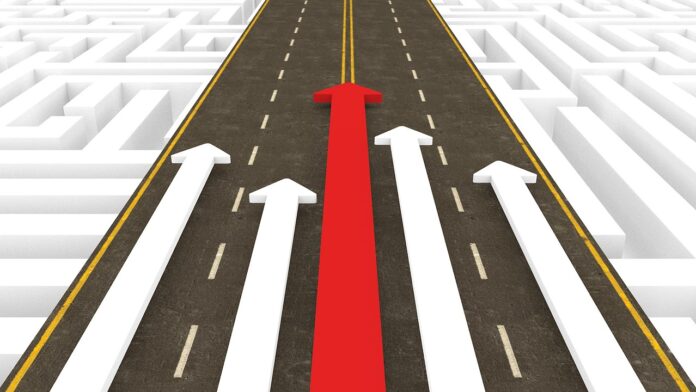 When asked to write on advances in impaired risk underwriting, I began to question the term “advances.” There are no arguments that technologically we have moved far ahead of where we were 10, 20, and 30 years ago. Ease of application has become a true benefit for the potential insured. It is far easier to compare products and nuances in pricing than ever before. Big data has allowed us to factor in so many more variables than we previously could in underwriting. However, in terms of advances, we tend to look toward whether the process and results are better for us as brokers, agents, and insurers. Here, especially in impaired life insurance, the answer is far from clear.

As we complete more years in our business, the natural tendency is to assume it was better in “the good old days” and that the modern evolution of doing business is just more difficult and technologically advanced, not necessarily better. Realistically, things that make it easier to do business with a carrier are a welcome step forward. However, the things that many of us have come to appreciate as part of the business over the years have started to evaporate. As insurance evolves from a relationship business into a commodity purchase, the skills we need as representatives and sellers must evolve as well. The road to prosperity is littered along the way with the shadows of those who would not or could not keep pace with the realities of the new world of business and technology. As we grow with the process, our survival will be much more assured. In underwriting impaired risk business, this is no longer optional but necessary.

Life insurance for the younger, healthy individual is now completely data driven. Besides the medical variables of blood and urine testing, factors we would not have previously dreamed of being factored in, such as credit reports, zip codes, purchases, etc., are now part of the routine. There is not a lot of argument with the results: There are enough insured lives and experience to assure that if enough applications are taken in, the mortality will be predictable and reproducible. There are enough variables in interest rate, lapse, economy, pandemic, etc., that actuaries have to worry about that the more constant their underwriting mortality, there is far less worry in the outcome. An increasing amount of this insurance buying population is now self-purchasing policies, often bypassing the input that can be given by an insurance professional on what is truly needed and for how long at various stages of their life and work.

With this in mind, it is easier to see why insurers are shunning the risks and costs involved with impaired risk underwriting. Those same inputs that make standard and preferred underwriting so consistent are what make impaired risk more challenging. Insurers are no longer willing to take part in the aggressive pursuit of impaired cases as in the “Wild West” days of business growth and acquisition but rather may decline a case that presents challenges at its inception. The outcomes are more variable, the range of possibilities wider in scope, and the acquisition costs of evidence in more medically challenged individuals is significantly higher, much less the time delay needed to obtain them.

We are certainly not giving up on this market, which has historically been one of the most lucrative in the life insurance field. We must know how to evolve with it however, and give our cases the best chance of succeeding. To this end, the most important factor in moving ahead with these cases is to know them backwards and forwards. What sounds intuitive is more critical than ever. Most companies have less underwriters than they have ever had, both in number and in experience. The pandemic has resulted in older, more experienced underwriters leaving the workforce, and employing fewer new ones in their place. Ditto for medical directors, whose number is less than a third of what it was 25 years ago. Less time is spent with the more time consuming cases and, in fact, many companies actually set strict mortality limits in what they will accept at different age limits. Cases over age 65 may have to fit in two-table mortality, and those over 70 may face standard or bust ultimatums. While the clientele is still there, the opportunity to obtain placements that are more successful has significantly decreased.

Knowing what you have at the onset and presenting it in its more favorable light is more important than ever. If there is any question that there is a medical impairment that requires investigation, submissions have to be tailored to having all the details that an underwriter will require right at the get-go and making sure each circumstance is presented in its most favorable light. It means research, communication with the carrier prior to submission, and a detailed conversation with the potential insured to be sure that all facts are out on the table. It is critical that the case reach the active consideration stage without a “just because” decline at an early stage.

Reading through an impairment is critical before submission. You do not have to be a doctor to use the resources on the internet to judge the severity of a problem. Many companies have copies of a somewhat advanced underwriting manual for agents to use, and when there are questions, the underwriter should get at least a written request from you for what they are looking at (with a brief and concise summary); often the doctor may get a look at the case early when the impairment is unusual. It allows you to go back and ask the necessary questions before case submission. If your small summary does get a tentative quote or opinion, that is a good thing; companies hesitate to go back on that quote unless the case ends up materially different than was presented the first time.

Make sure there is follow-up that shows good care and management of the impairment in question. Sometimes it is as simple as getting the result of a recently obtained check-up. Other times, you may delay submission until an upcoming appointment has occurred. Having the client be his own best advocate may also be helpful, as a letter obtained from the doctor or specific reference to the favorable parts of the history in the current APS note may be obtained at the time of the visit. Insureds may be more amenable to this at older ages or with known impairments as insurance may be a more critical part of their financial age than it is when a 20-year term case is submitted to 15 companies at a time for a comparative quote. It is more important to get these factors ironed out in advance, to avoid having to answer the inevitable “Has your application ever been rated or declined?” especially when your case would have been perfectly insurable if the questions were addressed earlier.

Look into habits and medications early in the process as well. Medications that have psychiatric applications may be easily explainable, as in reaction to the loss of a job or family member. If full care was obtained and the problem addressed has been taken care of, that should be pointed out up front. Also note that certain medications may be prescribed for more benign conditions, like an antidepressant or anti-seizure medication for something like post herpetic neuralgia (post singles) and not a chronic psychological or neurological condition.

Know in advance what the company’s rules are that you are applying to concerning impairments. Many may automatically decline a case at a certain age or impairment level regardless of what that impairment may be or how well it is being cared for. Network with your peers about how companies have handled some of their more complicated cases; there is no universal manual or rules for handling individual medical problems or combinations of impairments and certain companies may be more lenient on what risks they will take with such problems as hepatitis, diabetes, or cholesterol and hypertensive abnormalities. And if you really feel you have little to lose, and the impairments don’t seem complicated or deal breakers, don’t hesitate to lend the case out to outfits that will actually shop it to multiple carriers at the same time. In borderline cases it only takes a single “yes” or favorable opinion to get the case signed, sealed and delivered.

One final caution is to be as upfront as you can with the facts of a case, especially as they relate to habits. Doctors are generally very complete in their progress notes as to annotating smoking, alcohol and drug concerns, as well as any other dangerous habits their patients have that may compromise their health. When an insured denies any of the above, and the medical record indicates differently, the case shuts down almost instantly even if it were truly insurable. Additionally, if hospitalizations or medical care was either undisclosed or denied, there is nothing worse than an insurer obtaining said records and denying a claim, often blindsiding a family counting on a payment. Fraud and misrepresentation are frowned upon to say the least by insurers, and they will take appropriate action on same.

Much has changed and is changing in impaired risk. The requirements of yesterday are no longer those of the present. Bloods, EKGs, X-Rays and routine labs are being replaced by genetic testing, sophisticated labs such as BNP testing often not even obtained by the insured’s personal physician, and many non-medical facets that a bank would obtain for a loan more than an insurer traditionally would are part of what is now standard underwriting procedure. Impaired risk cases are still a little different though, as they require many of the same requirements that have been traditional except now with less risk tolerance than before. Evolving with the process is now key to making it work successfully for you.