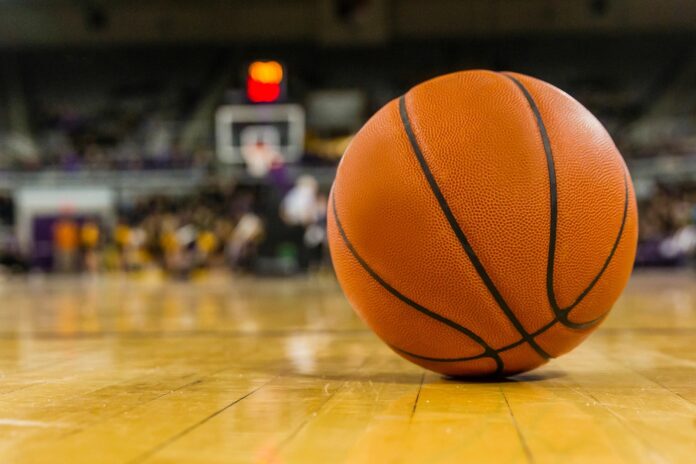 A couple decades ago (and about 50 pounds ago) I was a good basketball player. And by “good” I am not suggesting NBA “good,” I am suggesting high school all-state “good.” I was lean, had a good vertical jump and could run a mile in less than five minutes. Notice how I am speaking very much in past tense! Anyway, at 6’6″ and being able to move very well, I had a good combination. You are probably now wondering why I mention this in the context of Shaq and Steph Curry? I will get there.

Here was my issue: The hoop could have been the size of the Grand Canyon, but if I was shooting beyond the three-point line, it was not going in! That didn’t matter to me, however, because each of us five players on the team had our own positions that we played and our own sectors on the floor that we favored. We played where we dominated! If past the three-point line I was airballing and if down-low I was dunking on people, where do you think I played 99 percent of the time? This logic does not take a championship-winning NCAA coach to figure out. Putting it simply, if someone was going to be betting on one of these US Sportsbooks, then there bet probably should have been placed on me making the most dunks by full-time.

So to my point and analogy, I view financial products as very analogous to basketball positions. You have some products that are great accumulation products for younger people that have 20-30 years until retirement. If one wants eight percent-plus returns, mutual funds, stocks, and ETFs have the ability to do this. Afterall, over the last 90 years the stock market has done well at hitting the three-pointers, as the S&P 500 with dividends has averaged around 10 percent. As the baby boomers saved for retirement in the stock market, they have done well in general by relying on the point guards (mutual funds, stocks, etc.) to shoot the three-pointers. However, with the oldest baby boomer now eight years into retirement and the youngest baby boomer only 10 years out from retirement, the ball needs to be passed to Shaquille O’Neal down low to win the retirement income game.

My analogy is that mutual funds, stocks, etc., may be great three-point shooting guards but annuities are great centers that play down low.

When I say that the capabilities annuities have in providing retirement income are just as unique as Shaquille O’Neal’s ability to dunk over people, I don’t believe I am exaggerating and here is why.

Anyway, one of the speakers there was an individual that oversaw the retail insurance arm of one of these large investment banks and he discussed the prominence of indexed annuities with their field force. If you are already shocked by this, so was I! As you can probably concur, this investment bank’s “field force” I would think of as traditionally being the “stock jockey” types. Well, this individual said that within his arm of the company-which was the annuity and insurance arm-that 30 percent of his sales were now indexed annuities. Ten years ago who would have thought that a big investment bank would even bother to approve indexed annuities for sale, let alone have 30 percent of their insurance business be indexed annuities! Who would have thought that these products would have a very prominent position within these big Wall Street-type firms? By the way, their “insurance business” also included variable annuities which used to dominate the annuity game.

What was the reason his field force had really begun to embrace indexed annuities? Here is verbatim what he said:

“We have realized that indexed annuities with guaranteed lifetime withdrawal benefit riders provide levels of guaranteed income that cannot be replicated in the capital markets.”
-Anonymous Investment Banking Guy

What he is referring to is what I have been saying for years-no investment firm can copy what our products do!

Financial advisors/securities reps-which I am one of-have traditionally discussed the “William Bengen four percent withdrawal rule of thumb.” That is, a retiree should take no more than four percent from their stock/bond portfolios at retirement in order to not run out of money in their retirement years. Well, conversely, with indexed annuities there are GLWBs that can guarantee five to six percent withdrawal rates for a 65-year-old. He is right-this cannot be replicated! It is only insurance companies and the magic of the “pooling” that insurance companies utilize that can allow annuities to stand out from mutual funds, stocks, bonds, etc. These longevity credits can only be “replicated” by the pooling that insurance companies do! Investment companies cannot do this. To explain the “pooling” that he is alluding to, here is a simplified story from a prominent retirement expert:

“There were five 95-year-old ladies sitting around the table playing bingo. One of the 95-year-old ladies looked up and said “This is very boring! We have been doing this for 30 years and it’s time to try something new. Let’s all put $100 on the table right now and whoever is still alive a year from now will be able to split the entire $500 pool.” They all agreed it sounded like fun so they each threw $100 on the table. One year goes by and the mortality tables show us that there are only four of those 96-year-olds still alive. One of them unfortunately passed away. What does this mean? This means that each of those four 96-year-olds get $125 at that point in time, which is $500 divided up four different ways. It wasn’t even invested in anything over that year but they each got a 25 percent return on their money!” -Moshe Milevsky

Now, I am not suggesting that annuities or these “longevity credits” will give 25 percent returns. It is the concept that those that pass away early pay for those that live too long via these “longevity credits.” This is the inverse of life insurance and this is what makes annuities irreplaceable, just like how life insurance is irreplaceable with what it does. Nobody would ever argue against the logic of life insurance so why do many-like Ken Fisher-argue against the logic of annuities?

The biggest wealth transition in the history of our country-$30 to $40 Trillion-is taking place. By “wealth transition” I am referring to the amount of money going from pre-retirement to post retirement. The ball is now being passed down low and there is one product that dominates this like Shaq-annuities. The fact that annuities are so unique compared to anything else out there is what we really need to educate consumers to as an industry. If the game has now turned into a game that needs to be played “down low,” then annuities are Shaquille O’Neal.

In today’s low interest rate environment, I like many of the volatility-controlled strategies that are being created that add to the accumulation story of indexed annuities. There is great value in these strategies that allow savers to possibly get higher returns. However, these products are not designed to outperform the stock market, just like you will never see Shaq in a three-point contest with Steph Curry.

So again, we as an industry need to educate about exactly where it is that annuities cannot be replicated, and it is not the “X percent potential return” story. Rather, it is how annuities can provide this irreplaceable value of longevity credits. If we can provide more education on these longevity credits, we can overcome the “ambiguity aversion” that exists among many consumers as well as some financial professionals!

The game has changed, and it is now a “down-low game.” That is, it is now a retirement income game. And fortunately, that is the game where all the money is today!

Steph Curry should stay at the three-point line, Shaquille O’Neal should stay down low, and nowadays I will not get anywhere near a basketball court.