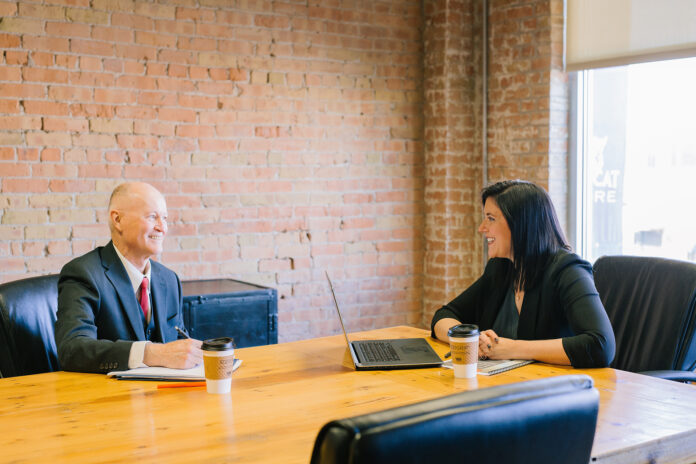 My first meeting with a “rich guy”:

As I drove my 1990 Pontiac Grand Am through the gated community lined with multi-million-dollar houses, I was increasingly getting nervous as the house numbers ticked down to John’s house number. I could feel the butterflies in my stomach start to kick in as this was only my third or fourth client meeting ever. What kept going through my fresh 23-year-old brain was the opening introduction to a “good sales meeting” that my branch manager taught all of us new recruits. Beyond the introduction, I also thought that I had every scenario in my head planned out so I could pivot to a good “product” once I uncovered the opportunity during the “fact finding” process. I felt fortunate that my manager had given me this lead, and I was dead set on bringing back the sale. This was also a pleasant change from the list of family and friends I had been hammering on since I started with this captive/career company. John’s original advisor had just retired, and he was an “orphan” who accepted my meeting request once I called him from my lead cards that my branch manager had given me.

As I drove closer to John’s house, in my head I was confident that I would snag this big fish because he was already warm to our company as he already owned several large insurance policies with us. Plus, nobody knew “product” and the technicalities better than I did. Even though John had not expressed any need for any assistance from me or the company, he agreed to meet with me for some reason.

When John answered the door, he was very welcoming and joked, “You’re a tall drink of water aren’t you?” I am sure my response was not real charismatic as I was just trying to not lose my concentration on teeing up the “sales meeting.” Tunnel vision.

As we proceeded across his marble floors to the giant dining room table, I felt awkward because I didn’t know what to say to a wealthy person almost three times my age. It was about 20 seconds of silence. My manager never taught me about “breaking the ice.” But hey, I looked good in my newly purchased suit with my briefcase that had a never-read Wall Street Journal sticking out of the pocket. As we sat down he broke the ice by asking me about his old advisor who had resigned from our company. After telling him that his former advisor had retired and moved to the coast, I immediately dived into my introduction and the need for me to update our “fact-finder” on him. He agreed to give me his updated information. So, I reached into my briefcase and pulled out the sole contents of it, the “Fact-Finder.”

Just like they taught me in “training,” I went through the fact finder line by line and John told me everything I wanted to know. However, as we approached the middle of the fact-finder, I could sense that he was getting a little annoyed by the redundancy of the process and the uncertainty of exactly why I was there. But I continued to ask the “fact-finder” questions anyway.

Once I completed the fact finder, I could only identify one gaping problem that John had in his portfolio—the lack of long term care planning. After giving him the long term care “product pitch,” he was non-responsive like there was something else he would rather talk about. That is when he said, “I think right now I have a bigger fish to fry in that I just sold my construction business for $10 million. I think it would make sense for you to come back another time with your manager so we can figure out what I should do with this money that is just sitting there.” I may have been 23 years old, but I was smart enough and self-aware enough to know when I have been snubbed! I was also smart enough to know that this was an opportunity. I needed help! So, we agreed to reschedule for a different time when my manager would accompany me.

When I got to my car I was dumbfounded as to why he wouldn’t discuss the sale of the business with me, because I felt that I knew technicalities, product, etc. very well. Plus, I did exactly what they taught me in training!

As a competitive, athletic, high-octane young guy, I was slightly embarrassed to tell my boss I needed help. But I did. And he said, “Book the meeting!”

My Boss “Riding Along”
As my boss—who I will call Dave for purposes of this article—and I drove down John’s street in Dave’s BMW 740, I was getting even more nervous this time as I had my boss observing me! My boss was still the jokester that he always was, telling stupid jokes and talking about sports as we approached John’s house. I could tell that this meeting was just another day in the office for him. As we walked up to John’s house, Dave—who was much more casually dressed than I was—was pointing out that he thought he knew a couple of the neighbors. He also had some stupid story about his experience with one of the neighbors getting really drunk at a party once. I wasn’t paying attention because, again, I had tunnel vision.

As John answered the door, he was very friendly once again. I shook John’s hand again and so did Dave. Except Dave jumped into saying, “Do you know your neighbor XYZ and ABC?” Of course John knew who they were and immediately smiled and joked about them. As we walked across that marble floor, Dave had observed pictures on the wall of John and his two sons fishing in Cancun. That generated a conversation that continued to the large dining room table.

As they were conversing about Cancun and fishing, I dug into my briefcase—that still had the same WSJ in the pocket from the week before—to grab one of the three items I had in it—the fact finder. By the time I had pulled out the fact finder they were already discussing the sale of John’s business and his concerns with what to do with the money so that it grows and passes on to his kids. After Dave told a quick story about his own dad selling his business and the observations that he has had with his dad’s process, he quickly dived into the options that John can do with his money. It was a conversation! And it was natural!

Interestingly, through the course of the conversation that I was merely spectating, Dave had uncovered a significant amount of “fact-finding content” that I had not in my previous meeting with Dave. As my boss had the conversation with John, I was flipping back and forth through the “fact-finder” to fill in the gaps that my tunnel vision had not even identified previously.

Then it naturally turned to “product.” This is where Dave knew almost nothing as he was not technical. (Note: Dave was a “ready, fire, aim” type of guy, but the best salesperson I ever met. I know you know the type.) This was my chance to shine, and I did. I knew every fee, subaccount, death benefit rollup rate, surrender charge percentage, etc. that the proposed variable annuity had. I also knew every mutual fund that we had in our arsenal. We also turned to the long term care option, that Dave also tee’d up, and I knocked the product details out of the park.

In the end we walked out of that house having a new friend in John, having helped John with investing some of his business proceeds, and also making significant sales of variable annuities, fixed annuities, mutual funds, and a long term care policy.