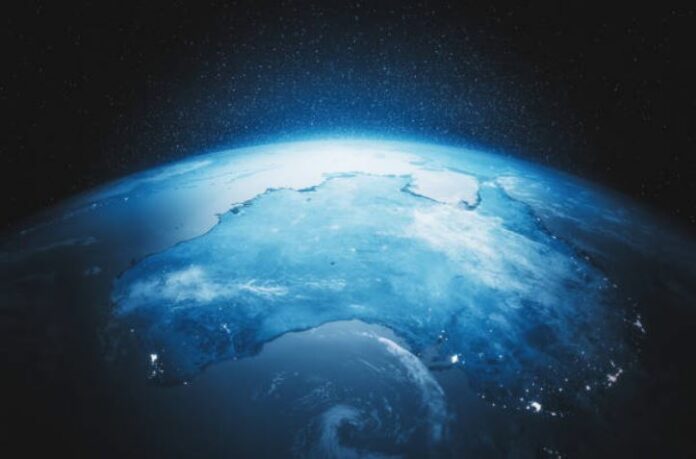 “The flat Earth model is an archaic conception of Earth’s shape as a plane or disk.”—Wikipedia

For a significant portion of human existence, most believed the earth was a flat disk floating in a body of water. Lack of perspective generally leads to incorrect conclusions and undesirable results. Even after Aristotle provided observational proof that planet earth was spherical (330 BC), it took centuries for many of our ancestors to accept this reality. Today the pseudo-science latter-day advocates of flat earth theory can be readily found on the internet. And of course, lest we forget, if one does not accept the truth of some new philosophy or concept, we are branded as a “flat-earther.”

Now that we have more credible data regarding the long-term care risk, is our world flat or round?

What have we learned from the claims history we now have? Generally, we expected the worst and were mostly right.

Does the long term care insurance industry have its share of flat earth thinking that needs to be reconsidered? We can offer several “sure things” that need to land in the dustbin of history:

Please bear with two elder “statesmen” of the marketing arena to make an observation. There are only two reasons Americans purchase long term care or chronic illness coverage:

In addition, we are currently mired in an identity crisis. What on earth shall we call the myriad new insurance planning choices springing from the loins of insurance carriers, and how do we describe the services policies pay for? No one wants to call what we’re now selling long term care insurance—too much bad press. We agree that, by law, we cannot call IRC §101(g) chronic illness accelerated benefit riders (“ABRs”) long term care insurance. However, consider this: When comparing two policies with nearly identical qualifying event language, one with an IRC §7702(b) and the other a §101(g), what distinction can we make? Is there any real difference other than the source of funds? Does it make any strategic difference what we call it? Currently the field is stumbling over a number of naming options:

Is it any wonder that agents/advisors remain baffled when we introduce yet another policy designed to pay for something most consumers don’t want to think about? With the rapid aging-out of many long term care insurance specialists, we are working with a generation of financial planning newcomers that chase the latest technologically advanced financial instrument with bright shiny objects attached.

In some ways, the current surge of combo product sales is following the same path that traditional long term care insurance trod from 1997 to 2010; what many of us consider the Golden Age of traditional LTCI.

Are we really going to stick to the same flat-earth thinking employed by our not-so-distant ancestors, or can we break out and try something new that may appeal to a wider audience? In designing new combo offerings, what questions should we ask so we don’t make the same mistakes?

Who Is or Should Be the Customer and What Do They Want?
The industry has done a fairly good job of convincing affluent consumers to purchase catastrophic traditional and combo policies to protect their assets and income. In fact, companies currently offering combo policies with long term care (IRC §7702b) or meaningful chronic illness (IRC §101g) accelerated benefits continue to scramble after well-off customers which represent only about 17 percent of the population.1

There’s no fault in this approach; as the legendary bank robber Willie Sutton said, “I rob banks because that’s where the money is.” However, the middle mass market represents 83 percent of the population.2 So why not go where the people are?

We have for some time advocated focusing on the underserved middle mass market. These consumers are most at risk of being unable to choose the care they want because they are often encouraged or compelled to impoverish themselves to qualify for Medicaid benefits. These consumers are 50 to 70 years old, earn $75,000 to $150,000 per year and have liquid assets of $100,000 to $300,000. This large market would be well served with access to an affordable, simple, supplemental long term care or chronic illness solution that would prevent them from slipping from private pay into welfare.

There should be only one goal for those concerned with extended-care risk mitigation; to help guarantee the dignity and personal choice that comes from remaining a private pay consumer. Therefore, we must acknowledge two equally valid approaches to the risk: 1) transfer the majority of it to an insurance company; or, 2) secure additional funding to supplement other sources of income at the time of claim.

What are customers looking for when it comes to their insurance company and financial advisors? For insight, we turned to the 2012 Ernst & Young Voice of the Customer Survey, the 2015 Deloitte Life Insurance Consumer Purchase Behavior study and the 2016 SOA Middle Market Life Insurance Thought Leaders report. The good news is consumers generally trust the life insurance industry. Even better, LIMRA reported that in 2016 over half of Americans (172 million) owned some form of life insurance.3 This is up from a 50-year low in 2010, when they reported that “56 percent of households had no individual life insurance policy.”

These studies confirm that consumers want a relationship with an advisor who will discuss their insurance needs and provide them with guidance. However, the public is becoming more self-actualized in their decision-making process. They want clear, simple and concise information about their options and how the financial instruments they purchase will work for them over time. Product transparency is critical. The Deloitte study sums it up clearly: “Our study suggests that the life insurance ‘winners’ of tomorrow will likely be those organizations that blend an advice-driven approach with a digitally-enhanced engagement strategy to help meet evolving consumer expectations.”

Ernst & Young and Deloitte agree, it is critical to respond to the changing needs of our customers as their life cycles progress. Strikingly, the life events we focused on in the 1970s continue to hold true; marriage, parenthood, home ownership, and retirement are all key buying times for life insurance. By successfully weaving the life insurance and chronic illness messages into a consistent marketing effort, we can encourage a wider group of Americans to consider insurance planning with a guaranteed product that can withstand a lifetime of transitions.

There are hurdles to success in this marketplace, including: Competition for premium dollars, pricing, underwriting, providing pertinent information through various channels, agent recruitment and training. However, these obstacles can be surmounted with affordable insurance products that appeal to consumers during various stages of their lives.

The Forgotten Customer
In our experience, life and long term care insurance products have historically been designed in the dark recesses of home office conference rooms. Even if an attempt at consumer research is made, we remain skeptical as to who created the questions that were asked. Eventually, a regional vice president arrives at the agent’s or distributor’s door with a new product that no one remembers requesting. They are then prevailed upon to stop selling something that’s currently creating revenue for their agency for a new and improved “widget” that isn’t appreciably different than what they’re currently selling. Three months later, everyone at the home office is scratching their heads as to why their new and improved invention hasn’t hit “plan.”

The Society of Actuaries reported that when most consumers are asked why they didn’t purchase life insurance, the answer is that “no one asked them.4” As previously noted, consumers want to work with agents and advisors they know and trust. Don’t you think those “no ones” ought to be considered earlier in the creation, development and distribution loop before releasing a new insurance product? If you’re asking valued distributors to spend their own time and money promoting a new policy, it might do some good to ask them what they want. It’s not always just the lowest premium and the highest commissions.

Avoiding the Bad Old Days
Most IRC §101g chronic illness accelerated benefit riders currently being introduced into the marketplace are a boon to consumers, agents, and insurance companies for several reasons. They allow us to address many of the pitfalls we grapple with on various sides of the equation. However, the life insurance industry needs to do a better job of eliminating old versions of chronic illness ABRs often hidden behind a consumer appeal to “living benefits.”

These “no current cost” riders are often represented as a comprehensive inventory of potential catastrophic contingencies. The problem with the “discount” method is that it’s impossible to precisely define the actual benefit paid when a claim occurs. The discounting method represents an uncertain claims future. Offering benefits that are a mystery should raise some basic fiduciary concerns.

Discounted ABRs resemble the illusory benefits so often vilified in the pre-HIPAA days of LTCI. The potential for consumer disappointments when attempting to qualify for benefits under these structurally flawed dinosaurs will certainly be followed by consumer complaints and regulatory scrutiny. The negative press discounted ABRs garner will sully the reputations of companies using all types of chronic illness definitions and benefits. Current allowable §101g benefit qualifying language closely resembles that found in HIPAA-sanctioned long term care insurance. Here’s an opportunity for the industry to exert a level of self-policing and to do the right thing.

Veritas vos Liberabit (Latin—The Truth Will Set You Free)
As a parallel to Aristotle’s day, we now have observational truth that the world of chronic-illness risk management is not flat. There is no need to confine ourselves to the myths and methods of days past. Creating viable and reliable private-sector extended-care insurance solutions is important work. Clearly we have a great deal of opportunity ahead of us. 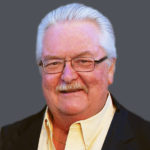 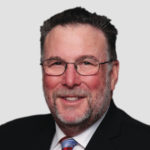 Barry J. Fisher is a principal of Ice Floe Consulting, LLC, a consulting firm with extensive background in chronic illness risk management. In this role, Fisher works with insurance companies on product development, and with independent distribution organizations that want to expand and improve their ability to reach insurance agents and consumers in this vital area of financial planning.