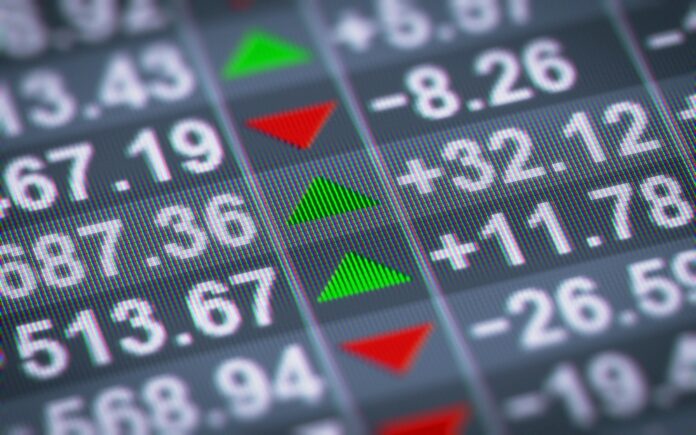 For the longest time it was conventional thinking that a “balanced” portfolio was a 50/50 portfolio. That is, in the securities world it was widely recommended that a “balanced portfolio” had 50 percent of the portfolio in stocks and 50 percent of the portfolio in bonds. This meant that many times when there were research pieces or sales pieces put together by money management firms that discussed “retirement portfolios,” it was the 50/50 portfolio that was used in the analysis. The use of the 50/50 portfolio was—at least partially—promulgated by the William Bengen four percent withdrawal rule study that took place in 1994 that most of us are familiar with. If you are not, email me and I will send it to you.

The 50/50 portfolio looked good for a good chunk of the last four decades because for those entire four decades bonds have not only been “safe,” but they have done quite well from a return standpoint. They have done well because prevailing interest rates have declined steadily and persistently over that 40 years. For instance, in September of 1981 the 10-Year Treasury Bond was yielding 15.84 percent and since then the yield has steadily declined to where it is today—at less than three percent. Because of the “inverse relationship” between bond values and interest rates, this period meant an almost 40-year bull market in bonds.

Furthermore, much of the historic research on retirement portfolios cite the lack of correlation (or negative correlation) that bonds have had to stocks over the last X years. When equities zigged, bonds zagged. Throughout a good chunk of history bonds not only contributed (past tense) a decent return to the overall portfolio but they also provided a hedge in recessionary times. It is no wonder that many consumers have grown accustomed to having bonds represent the “safe portion” of their retirement portfolios.

The reason for the shift to the 60/40 portfolio is because interest rates have gotten so low on bonds that a 50/50 portfolio looks very bad in the back-casting and the Monte Carlo models. So what did the pundits and money managers do in their sales literature and research pieces? They beefed up the stock side a little more to make up for the lousy yields consumers are receiving in the bond market today.

I understand that the conventional thinking of bonds representing the “safe part” of a portfolio is hard to buck, but if we know that bond yields are so lousy today that bonds seriously water down a portfolio, why aren’t the researchers looking at other options? Especially if we believe interest rates will increase eventually? Of course, I know the answer to that silly question as well. Because it is the money management firms that usually put out the research pieces! (Note: Folks like Roger Ibbotson have created great studies on bond alternatives.)

Let’s discuss the issue of rising interest rates for a second. Duration is a standard metric for bonds and bond mutual funds that measures the sensitivity of the price of the bond/bond fund to movements in interest rates. Typically, the duration of a bond/bond fund ranges from two years on short-term bond funds to 15 years on long-term bond funds. The chart above demonstrates the impact of rising rates given certain durations.

Example: If you are invested in a bond mutual fund with a duration of 10 and if rates increase by 1.5 percent, your fund will generally lose 15 percent of it’s value.

I am not the only one that questions the 60/40 rule. For example, I just got done reading an unnamed research piece by a very formidable bank that owns a very formidable wirehouse firm where they are stating that the “60/40 rule is dead.” One of the problems with the article is that they are suggesting the 40 percent bonds be replaced with vehicles like dividend stocks. Clearly, I agree with the fact that the bond math is getting very hard to justify, but ten years into a bull stock market and we are going to continue to suggest more equity exposure? Really?

It is interesting to me how today’s rules of thumb are tomorrow’s outdated misconceptions. When hindsight is 20/20, you have the tendency for “rules of thumb” and product development to revolve around how well that rule of thumb or product looks in hindsight. In other words, the rules of thumb and products many times are created as a result of the research on hindsight, instead of the other way around. This is flawed because the next crisis is always different than the last crisis that can make the previous assumptions and “rules of thumb” irrelevant.

I can think of a product that I would recommend for the fixed income side of the portfolio. Can you guess what it is?