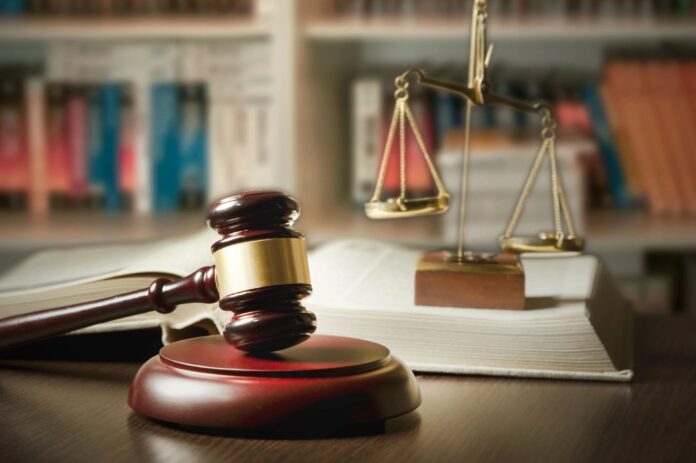 Washington State’s “Washington Cares Fund” (WCF; Revised Code of Washington 50B.04) imposes an uncapped 0.58 percent employee-paid payroll tax ($580 for each $100,000) to fund a $36,500 lifetime pool (intended to inflate, beginning in 2027, according to the Washington consumer price index) for long term care received in WA by vested taxed employees. To qualify, a claimant must require help with at least three activities of daily living. The WCF website lists 11 such activities, one of which is cognitive functioning. In private LTCI, cognitive functioning is a separate trigger, sufficient to justify a LTCI benefit rather than accounting for only one of three required ADL deficiencies.

The bill was signed by Governor Inslee on May 10, 2019, but people who purchased qualifying private stand-alone or combination LTCI by November 1, 2021 could file to be exempt from the tax permanently. As of June 13, 2022,* the state of WA had received 478,173 applications for exemption, approximately 1/8 of the employed population. (*The private LTCI had to be purchased by November 1, 2021, but the exemption request can be filed as late as the end of 2022.)

The repercussions of WCF will be watched closely. When working to get the law passed, proponents expressed confidence that WCF would stimulate a significantly increased future market for private LTCI because WCF would educate consumers regarding their need for LTCI. As WCF is clearly insufficient coverage, consumers would be motivated to supplement WCF coverage. However, the following factors make it questionable that the market will be positively stimulated in the (near) future. (Note: some of these aspects may still be subject to change):

It is also hard to complement WA-only coverage with national coverage. People who expect to relocate out of WA are more likely to be interested in private LTCI. For them, there is no coverage to complement.

In addition to these major difficulties, there are other complexities. For example, WCF has no daily or monthly maximum nor does it qualify for the state Partnership program.

However, a lot of buyers purchased coverage that was less robust than typical previous sales in WA or 2021 sales in other states, so there will be a market to supplement or replace small policies that were purchased. Unhealthy individuals are more likely to want to add to their existing LTCI, likely resulting in a higher decline rate. Such sales require more effort but generate lower-than-average commissions.

Rather than devoting disproportionate attention to WA’s small, unattractive LTCI market, insurers, brokers, employers, and others might sit on the sidelines for an extended period.

Even those Washingtonians who understand the limitations of WCF coverage may presume the WCF program will be enhanced by the time they might need care, hence not feel motivated to purchase private insurance.

Even if WA officials change their tune, a negative impression has been planted in the minds of many current Washingtonians and the inaccurate and misleading information is likely to continue to be quoted and found in internet searches.

The reduced likelihood of a sale also discourages what may be fruitless discussion, and more work for less compensation is not very motivating.

Furthermore, disclosures will be more confusing. Advisors might err or clients might misunderstand or forget what they were told. The resultant increased risk of personal liability for errors or omissions will also discourage some advisors.

Employers and employee benefit managers also seem less likely to be interested. Thus, much of the private LTCI industry might sit on the sidelines for at least several years.

The combined cost for LTCI (WCF plus private insurance) will increase significantly compared to prior to WCF for two reasons:

The market is not likely to respond favorably to the high combined cost. Opting for 180-day EPs is not likely to release the price pressure because the industry traditionally has not lowered prices very much for a 180-day or longer EP compared to a 90-day EP. Longer EPs make insurer results more volatile. A 180-day EP also increases volatility (risk) for the consumer, particularly if they receive long term care services outside WA.

It appears that the WCF is going to be primary coverage, so insurers won’t have to pay benefits for services covered by the WCF. That is appropriate and suggests that insurers might be able to lower premiums. Alas:

Future sales may migrate heavily toward life insurance or annuities with LTCI features. The life insurance or annuity side of the contract is less confusing and guarantees a pay-out. Because the life/annuity portion predominates, less attention is given to the LTCI elements, which in some cases are incidental additional features. The guaranteed pay-out also causes the buyer to be less concerned about the details regarding LTCI.

A key question relative to the value of LTCI is “How much coverage will insureds have when they need care, which is not likely to occur until they are in their 80s?” The 2021 private LTCI sales in WA were less likely to include automatic compound benefit increases. In addition to providing less coverage up-front, the shortfall is likely to increase over time. Some policies have rights to “future purchase options” (FPOs) to try to maintain the purchasing power of the benefits. I wonder if anyone will compare the future election rate of FPOs on 2021 WA sales to typical industry FPO election rates.

Other Jurisdictions
In addition to its impact on future LTCI sales in WA, WCF has encouraged other states to consider state-run LTCI programs. In California, a task force is exploring creation of a state LTCI program. Most observers think a CA-run program is nearly certain. The task force has expressed interest in a program with stronger benefits than WCF. New York (SB 9082), MN (HF 4461) and Pennsylvania (House 2779) have bills. If readers are aware of activity in other jurisdictions, I’d like to be informed.

Before discussing ways in which those programs may differ from WCF, I must poke fun at myself. I told my friends at Milliman that I thought they had overstated the impact of exemptions from the WCF. My argument was that the insurance industry is not very effective in leveraging such opportunities. I was incorrect because I did not appreciate the deluge of demand that WCF created from individuals and employers. I’ve never seen anything like it in my 50 years in the industry. As of June 13, 2022, WA had received 478,173 applications for exemption, which was equivalent to 13.6 percent of WA’s non-farm population. Because people with exemptions are heavily weighted to high earners and young people (who would have paid into the fund many years; or paid fewer years, then left WA without benefits), the cost of the exemptions may exceed Milliman’s estimates.

Other state programs will differ from WCF in terms of exemptions.

I expect other states to allow exemptions for people with private LTCI for the following reasons:

Other jurisdictions may differ from Washington in other respects as well, such as triggers, total coverage, compounding, benefits, vesting, etc.

Increased complexity if multiple states have different programs. Will insurers be interested in complementing state programs if those programs vary by jurisdiction? Will financial advisors consider such complexity worth their effort? Will employers and employee benefit advisors consider LTCI programs if they must vary by employee resident state? What will happen to individuals who move from one state to another? Will inconsistencies increase pressure for a uniform national program? Will consumers, employers, advisors and insurers sit on the sidelines in what they might view as a turbulent market with a questionable future?

Conclusion: I have no crystal ball to predict the future. Even the WCF itself may change. It will be interesting to see what actually develops. 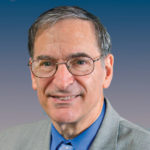 He also sells a little LTCI himself, as current sales experience is important to be a good wholesaler and consultant.

Thau’s LTCI experience is unusually broad and deep. After a career as an actuary, he led a major insurer’s LTCI division, which then grew five times as fast as the rest of the LTCI industry for each of three consecutive years. Since setting up Thau, Inc. in 2000, he has consulted for the Federal government’s LTCI program, chaired the Center for Long-Term Care Financing, and, since 2005, led the Milliman LTCI Survey, published annually in the July and August issues of Broker World.