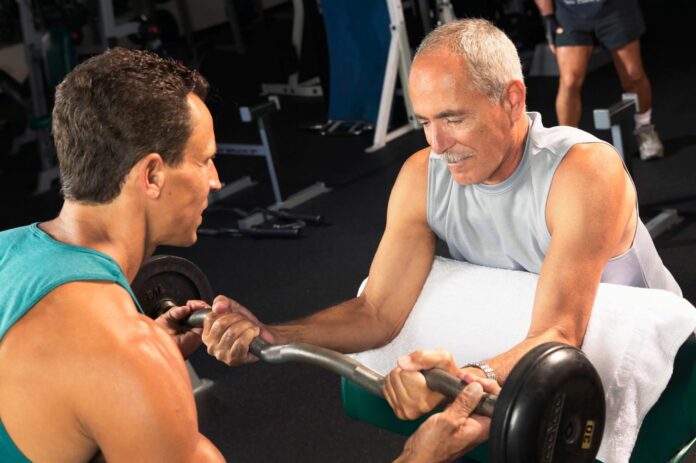 Kids that are somewhere between the ages of five and 10 are funny to talk to. This is because they are old enough that they have become smart enough to make observations that are accurate. Yet, they are not so old that they have become politically correct. As a result, the observations they make flow out of their mouths the very second those observations register in their brains. For instance, once my family and I were on our boat at the lake and I was wearing just my swimming trunks. My eight-year old—Matthew—after giving me a curious stare for about three seconds said, “Daddy, you need to start eating at subway instead of McDonalds.” By the way, if an eight-year old tells you that you are fat, you can bet that you are indeed fat! Their worlds are so simple and non-political that they have no motives, no agendas and no reason to say anything other than what they believe to be the truth. They are still unpolluted by political correctness and 100 percent unfiltered.

However, many times the free-flowing thoughts of young kids lead to small disagreements among each other. For instance, a couple of months ago Matthew came into the house very frustrated and was crying— like he does five times a day. At that point I cynically asked, “What is the problem now Matthew?” He then went on to explain that he had just had an “argument” with his best buddy and neighbor—Blake—who is also eight years old. They have a love/hate relationship. I asked Matthew what the argument was about this time and in his chipmunk sounding voice he responded, “We were having drama over who’s dad was the strongest.” My laughter did not do much to sooth Matthew’s frustration. (By the way, I was hopeful however that Matthew pled a convincing case!)

This is analogous to what frequently happens in financial services when everybody is fighting over market share by trying to separate their product from another product. Sometimes it gets petty enough that some of us in the industry—whether carriers, IMOs, or agents—start to lose focus over the real problem that consumers are faced with today. To give an example: I have attended hundreds of conferences over the last 20 years. At these conferences, where life and annuity agents are being presented to by carriers and/or marketing organizations, it is not uncommon to hear the presenters—usually wholesalers—say something like “Because of all of these great product features that my product has, it is able to provide your clients with $20 more in distributions per year than my competitor’s product.” A lot of times this conversation is based off illustrations that are purely hypothetical and based off minute details that nobody cares about.

Another example: I recently heard a webinar that a carrier was doing for agents and this carrier was comparing how the product he was showcasing was superior to the competitors’ products because of the way that the “loan arbitrage,” as he put it, was much more aggressive. He went on to state that because of the massive multiplier on his product and the resulting credit that comes from it, it would illustrate much higher distributions than his competitors. He proceeded to explain that this is because the “multiplier credit” is not the same as a high illustrated rate. What this means is that his product was effectively exempt from the AG-49 rule that mandates no more than one percent “arbitrage” between the loan rate and illustrated rate, therefore his product was better. He also went on to flex his intellectual muscle to discuss how, with his product, the frequency with which the premium is swept from the fixed account into the indexed account was better than the others. I can go on and on about what I heard. Unfortunately, this happens frequently in our business.

The question that I always ask while hearing one of these presentations—or preparing my own—is: Would the end consumers care about this and will this information help the agents write more business as a whole? If the topic is something that clients would care about, then I can guarantee that the audience (whether agents or IMOs) is going to care. Why? Because eventually that language must be spoken at the point of sale, and if you are helping formulate that language your value as a wholesaler is significant. When was the last time a consumer asked an agent how big his/her multiplier was versus his/her competitors? Or how frequent the sweep dates were versus the competitors? This never happens. These comparisons are made not at the client level, but rather at the level of the IMO and/or carrier. Why are we doing this?

Don’t get me wrong, agents need to know the ins and outs of products and “how the watch is built.” Heck, I have trained on deep product and concept analytics and will continue to do so. That is one of my differentiators as an IMO. The reason I do this is somewhat of a paradox: The greater an agent understands something, the easier it becomes for them present it simply. As Einstein said, “If you can’t explain it simply, you don’t understand it well enough.” Again, it’s an interesting paradox.

At this point you may be thinking I am contradicting myself. Allow me to explain. There is a difference between educating agents on the information they need to know and shining spotlights on very niche technical features, or features based off “hypotheticals,” in order to incite a reason for IMOs/agents to sell those products. The latter is not what our industry needs. The industry does not need “my product is better than your product,” or as I now call it, “my dad is stronger than your dad.” What the industry needs is the training that agents care about and the language and solutions that clients demand. This is much more important than “my product is better than yours.” I don’t believe that any agent in the industry would say that he/she has the problem of not having good products to represent.

The above is why at my company/IMO we create content based off two points of view, which I will share with you:

A couple of months ago I saw a video clip on LinkedIn of two antelope fighting in the desert of Africa. The video went on for about a minute that showed these two scuffling about in circles and knocking heads. What was the issue they were disagreeing about? Obviously, I have no clue. However, I can guarantee that their disagreement was not as severe of a problem as what was approaching them from about a mile out. As they were distracted bickering with each other, what started out as a tiny speck in the background was quickly getting larger and closer. It was a lion! By the time they pulled themselves out of the distraction it was too late—at least for one of the antelopes. Unfortunately, the ending was not a happy one for that antelope.

We as an industry should not be like Matthew arguing with Blake. Or antelopes fighting with each other. We need to address the bigger issue—the lion. To me the lion represents the millions of households that don’t have life insurance, long term care insurance or savings for an adequate retirement. To me, the lion represents the fact that over a third of all households would feel an adverse financial impact within one month of the death of the primary wage earner. To me, the lion represents the fact that the number one reason people do not buy life insurance is because they believe it is too expensive, while at the same time they have misperceptions about exactly how expensive life insurance really is. Educating each other on how to have these conversations effectively is how we address the lion. That should be our focus.