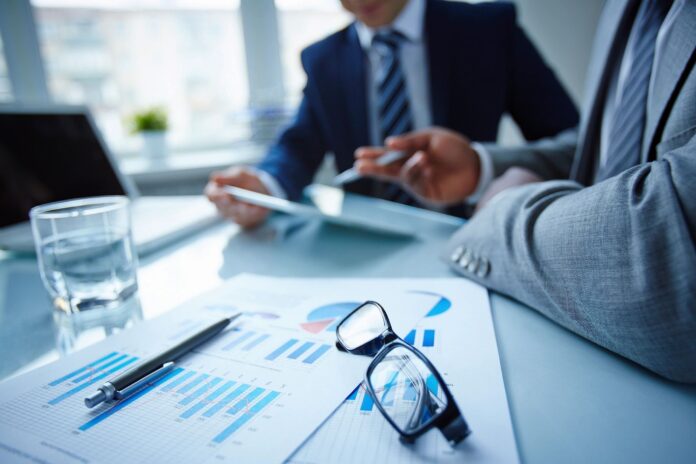 Portable benefits—those connected to an individual, rather than an employer—can be carried from one job to another, without interruption, loss of coverage, or funding. Importantly, these benefits, seen as universal, can include health plans, health savings accounts, retirement plans, 401(k) and 403(b) plans, and defined-contribution (or DC) plans, among others, and are accessible whether the employee is working within a full-time salaried position, as an independent contractor, a freelancer, part-time, or within a seasonal capacity.

When an employer elects to offer portable benefits it is often a win-win for both the employer and its employees as it can aid in recruitment and retention. This is because potential and existing employees are aware that they can make educated decisions about their existing benefits packages and elections, and know that they will have reliable coverage when, for whatever reason, they may be switching (or in between) jobs—which can ultimately lead to rational choices about their career paths. It also allows the employer to be forthright about its employee benefits offerings and can even assist in the ease of onboarding and developing freelance or contract employees when and if needed.

The advantages of portability for the employee are also notable. In many cases, the employee is able to maintain the existing employer’s group-offered benefits at the coveted group-offered rates. In other words, they don’t need to shop for other products and, in essence, they continue coverage at the group rates with the plans that may have already passed the waiting periods and pre-existing condition limitations. The employee may already be familiar with the claims experience through their previous employer, so they don’t need to learn how to file with a new insurance carrier (a huge incentive for anyone who has needed to navigate the sometimes mountainous paperwork and digital trails that claims filing can require).

On the other side of the portability issue, a potential disadvantage for an employer is that if many employees ported coverage, the new offering may not meet participation requirements. Employees may seek support on a previously offered—but now canceled—product that still covers the employee. Ultimately this can cost the employer the resources of both money and time, which is why voluntary benefits and portability factors are important to consider in advance in order to benefit the employee and, ultimately, the company’s bottom line.

A potential disadvantage for an employee is in a case where they continued coverage and the employer decides to terminate the group plan years later. In that scenario, depending on the contract, that former employee may unexpectedly lose the insurance coverage and potentially, whether due to age or medical condition(s), may be unable to enroll in a new individual supplemental health plan (this situation should clearly be avoided at all costs).

If the employee elects to maintain the ported coverage rather than enrolling in new coverage, they may have a plan with outdated benefits, outdated exclusions, and other limitations that don’t exist on the new plan. Depending on the carrier, they may also need to write out checks for coverage versus having an easy payroll deduction. There is also the potential loss of pre-tax savings to consider.

Further, when employees forget they have the ported coverage, and they enroll in a new employer’s plan, they create a situation where they unknowingly duplicate coverage where it may not be necessary. The Human Resources department of the current employer will likely be unable—or even unwilling—to provide support on ported plans.

As for industry brokers, disadvantages can occur when employees who have ported coverages from a previous employer choose not to enroll in the new offering, thus resulting in the loss of potential commissions and the possibility of not meeting participation requirements. Additionally, if employees who have ported coverage after their current employer terminated the group plan also choose not to enroll in the new offering, the same two negative conditions may apply. In other words, brokers may not be paid on ported coverages by carriers. Along those lines brokers may be asked, but may be unable to provide, support on ported coverages.

Given the Great Resignation, and the popularity of employees needing to embrace part-time work or a “side hustle,” the gig-based economy will only continue to rise and, with it, the need for benefits portability. In many states legislation is currently being introduced to set the tone for how portable benefits will be monitored in the future and determine whether or not employers will need to follow any forthcoming regulations. This includes the potential of mandating that employers pay for traditional benefits regardless of the scope of the employee’s work (i.e., whether they are a full-time salaried employee, contractor, or freelance-based) and the time the employee may have worked in that capacity.

With gig-based employees a direct-bill option, rather than payroll deduction, may be a viable billing solution when the group is first established, and this billing methodology can carry over when the coverage is ported. Some billing facilitators charge a fee for the convenience of this billing facilitation. A drawback to portability is the lowered participation potential on new offerings, as it can be a significant carrier challenge if a large number of active employees have ported the plan(s) that were canceled. Additionally, ported plans may have higher loss ratios for carriers due to adverse selection.

While the percentage of employees who port or “continue” coverage is often under five percent, there are two important things brokers need to know about portability to best serve their clients. First, ported plans may terminate at a set age for an enrolled employee, significant other and family members. Second, ported plans may also reduce benefits at a set age for these same groups.

Also of note is that “continuation” is not the same as port; some states prohibit or limit port on certain products, and others may only allow continuation, so it’s imperative that brokers explain this distinction to employers and that employees are aware of their rights and benefits should they choose to port or continue existing coverage. Continuation is similar to porting, however there are nuances. For example, if the employer cancels the master contract, in some states those who did “continue” coverage will immediately lose that coverage. That is a scenario which is obviously best avoided, and why transparency, education, and solid broker-employer and employer-employee relationships are all important factors in benefits portability.

Ultimately the decision to port or continue any existing benefits is up to the employee, but the employer can mitigate loss by working with a reputable broker to create voluntary employee benefits packages that both attract and retain employees from the beginning, and that carry through any potential transitions beyond their employee’s current employment status. 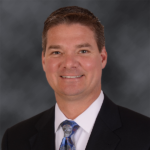 Naumann transitioned to the carrier world after six years and worked as director of Group Sales with Guarantee Trust Life and market vice president, Broker Sales, for Aflac for seven years. He transitioned to working with third party administrators for three years, then worked at Guardian Life as a regional worksite practice leader.